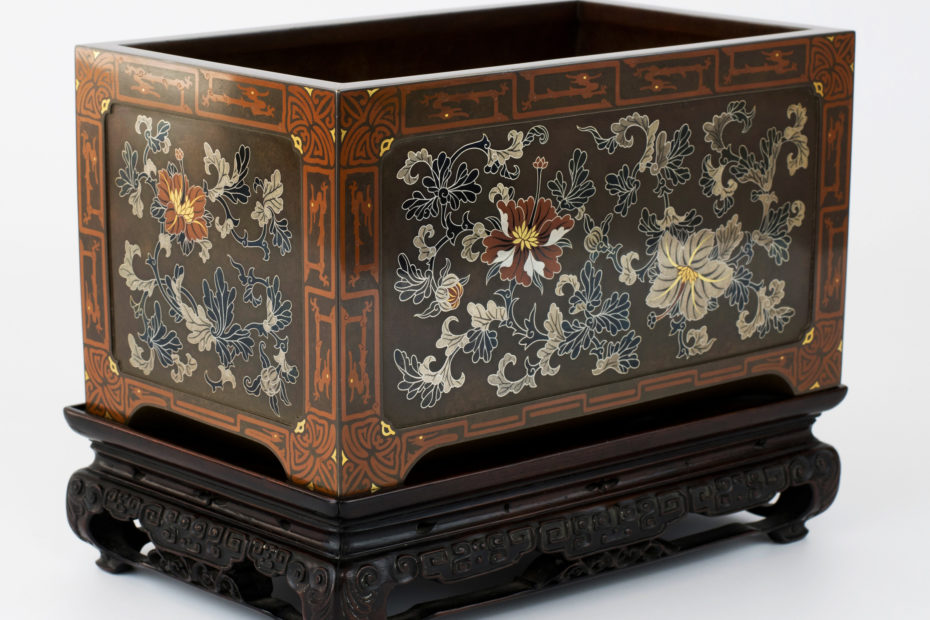 On the eve of a new exhibition, Duncan Phillips reveals why the decorative arts produced in Japan’s Meiji period represent some of the finest treasures ever made

Toyota, Nissan, Honda, Sony, Mitsubishi, Panasonic, Suzuki, Hitachi, Yamaha…the West has been turning Japanese for the past 80 years. It started in the late 19th century with a change of culture and governance in Japan and was only interrupted by conflict in the 20th century. Our Victorian ancestors may not have used Japanese goods in their daily lives, but the influence of its Meiji culture was felt everywhere.

The second half of the 19th century was a time when Japan turned outwards. In 1868, the restoration of Imperial rule brought an end to the Edo shogunate, the hereditary military dictatorship that dominated the country since 1192. It was a period when emperors had no real power and the country was run as a backward, feudal system. Japan returned to being ruled by an emperor, known as the Emperor Meiji (‘meiji’ means ‘enlightened rule’).

With major social reforms he weakened the powerful samurai class, freed peasants from bondage to their lord, built railways, hospitals and universities, instigated trade with Europe and America and fostered industrial growth based on the principles of the market economy.

Japanese art students went to Europe to study and developed a new style of painting based on techniques known as yoga (or ‘Western style’). Yoga painting involved oil paints, canvas and watercolours; techniques developed in the West. Then, in reaction to yoga painting, a new, more traditionally Japanese style of painting emerged, known as nihonga (Japanese style) painting. This involved the application of natural pigments to silk and washi (Japanese paper), and emphasised block colours and shapes and more two-dimensional compositions.

The popular art of woodblock printing also underwent a transformation in the Meiji period, especially the traditional genre of ukiyo-e (literally, ‘pictures of the floating world’). Ukiyo-e is some of the most recognisably Japanese art, normally taking the form of stylised images of kabuki actors, sumo wrestlers, flora, fauna, and erotic images. Artists from Van Gogh, Whistler, Monet and Manet to Klimt and Schiele were influenced by the arts of Japan. Even Van Gogh stated that he owed his inspiration to Japanese art, but he was probably not aware of the full extent to which art in Europe had already been greatly influenced by that of Japan.

The Meiji period was also known as the golden age of cloisonné enamel. The technique was introduced to Japan from China in the 1830s, initially used to decorate small items like jewellery and swords. Hayashi Kodenji was one of the first people to produce wares for export, sparking an explosion of interest in this new-found product, and the first cloisonné factory opened in Nagoya in 1870, followed by factories in Kyoto and Yokohama. With 125 kilns and an influx of artisans, the village of Toshima turned into a micro city overnight, so much so it became known in Japanese as shippo-cho’ or ‘cloisonné-town.’

During this golden era the two most famous and long-standing factories were founded, firstly the Ando factory of Nagoya founded by Ando Jubei in around 1881 followed by the Inaba Company of Kyoto in 1887.

It coincided with a huge step forward in the ability to produce musen, or wireless cloisonné, first invented in 1889 by an artist working in Tokyo called Namikawa Sosuke who dreamed of painting tranquil scenes using enamel but without wires.

He eventually came up with a technique of removing the wires (cloisons) after decorating but before final firing, allowing him to produce exquisitely-shaped plaques or trays, usually decorated with native birds and flora or landscape scenes of lake Biwa or Mount Fuji. Once again these are very highly desirable to the world’s many cloisonné collectors.

Prior to the Meiji era, fine metalwork was required by the Samurai to adornment their revered swords and lavish armour. It was also required by numerous temples and shrines for the production of religious sculpture, incense burners and similar.

With the start of the Meiji Restoration the majority of these skilled artisans suddenly found themselves without their main source of income – the ruling Samurai class. This resulted both from the edict banning the wearing of swords in 1876 and then the subsequent de-structuring of the feudal/class systems as Japan adopted a more “modern” system of government. Instead of sword guards and other sword fittings they now turned their attention to lavish boxes, vases, koro, sculptures, spectacular chargers and similar.

The Meiji Emperor was a great patron of the arts and his government’s effort was directed towards encouraging metalwork masters to utilise their skills and knowledge in the production of new and more “fashionable” works of art.

Bronzes were richly augmented with enamels, precious metals and even hardstones (a technique known as ‘mixed metal’), and the best pieces were always meticulously-cast pieces with astonishingly realistic detailing.

Among the major acknowledged artists were Kano Natsuo, Unno Shomin, Suzuki Chokichi, Unno Moritoshi, Yamada Motonobu, Shoami Katsuyoshi
who together with their pupils were instrumental in driving quality and progress. These talented artists were frequently commissioned by the Imperial Household, the Government and exclusive, privately-owned outlets such as the Ozeki Company. Their work is both very rare and of commensurate value.

From a purely technical point of view Japanese “Satsuma” can be described as a dense, cream-coloured earthenware body having a fine and even crackle glaze, usually decorated in over-glaze enamels. From an artistic point

of view it could easily be described as the most intricate enamelled ceramic ever made by man. As the name suggests it was originally produced in the Province of

Satsuma under the patronage of the Shimazu family
who had been the Daimyo there since 1615. During the Meiji period it was created in the region of Satsuma; and now Satsuma porcelain is practically synonymous with Japanese Meiji period ceramics. The region was important, beingthe first region to rebel against the shogunate and offer its support to the new emperor.

Its porcelain underwent a revival as ceramicists perfected new overglaze techniques for decoration, as well as Satsuma porcelain’s distinctive, ivory-coloured ground. Japanese art, including ceramics, unsurprisingly received worldwide acclaim at the Paris Exposition in 1867 and subsequent exhibitions. This and several other factors quickly contributed to an explosion of interest in the “never-before-seen” art form that is Satsuma earthenware.

The Meiji period also saw an expansion in the production of furniture and lacquerware. These were especially popular in the West since their form and decoration was seen as distinctively Japanese. The rich, black lacquer was simply referred to as ‘japan’ (like ‘china’ for porcelain) in English. It was an ancient technique, involving the use

of the resin from a tree native to East Asia, and remained
a mystery to many in the West until the end of the 19th century. Furniture during the Meiji period grew taller and more impressive, as the makers adapted it for use in larger Western interiors.

Lacquerwork craftsmen dabbled in new techniques of applying coloured lacquers, inlaying metals, and polishing lacquered surfaces down to a glossy, almost-mirrored finish. And lacquer was not only applied to wooden furniture, but also to smaller decorative objects such as boxes, koro and even netsuke and okimono.

The West Country dealer and Japanese decorative arts specialist Steve Sly, who contributed to this article, will

be showing a range of Meiji era wares, including lacquer, metalwork, ceramics, and enamels at the Chelsea Antiques and Fine Art Fair from March 23-27. For more details go to www.chelseantiquesfair.co.uk