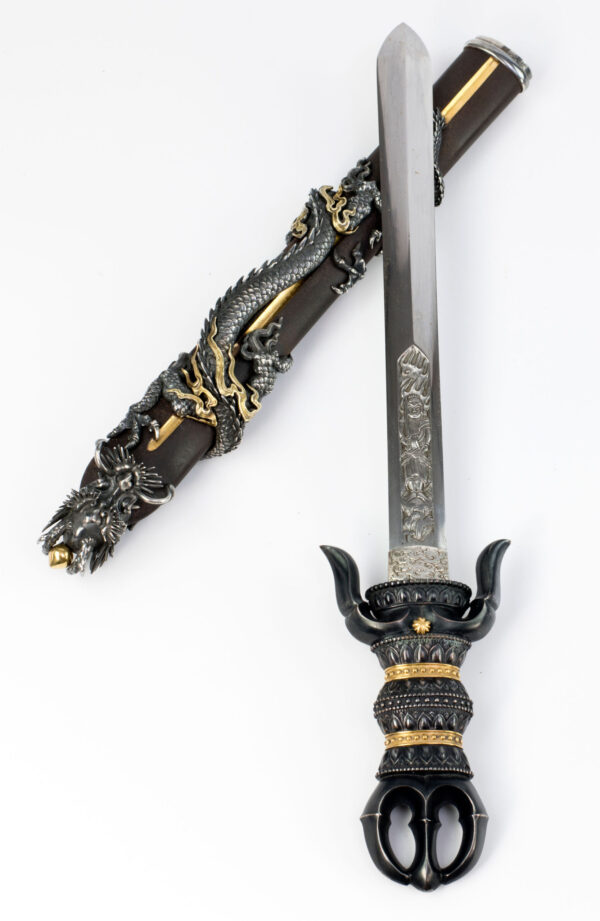 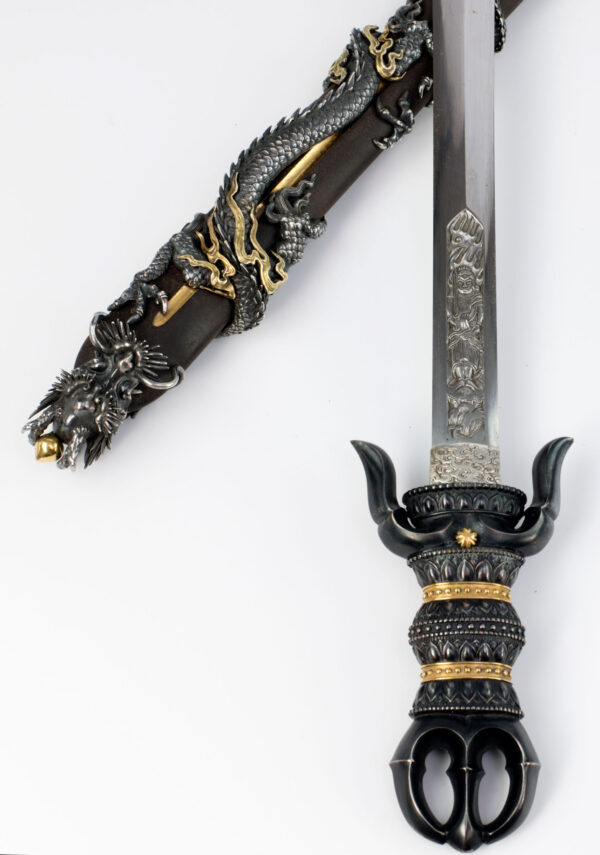 As part of our Japanese works of art collection we are delighted to offer this exceptionally fine Meiji period 1868-1912 mixed metal mounted aikuchi Tanto, the iron scabbard mounted with an entwined silver dragon of exceptional quality, adorned with gilt flames emulating from its body and mounted with a scared jewel between its horns, the handle of the Tanto formed as a Vajra which symbolizes such things as power and indestructible forces in the Hindu and Buddhist religions. The slightly waisted ken formed blade is inscribed on its original sized tang as Ichi (one ) a famous sword makers mark attributed to the Ichimonji school of makers, the blade itself  is carved in fine detail with a depiction of Fudo Myo-o to one side and Bonji script to the reverse, and fitted with a beautiful silver and gold decorated habaki (collar) carved with swirling clouds, a most opulent and increasingly scarce Japanese work of art.

The Signature mark on the tang reads Ichi ( one ) and would have been an honorary signature, in recognition of the Ichimonji school, this was not intended to deceive.

The mounts although unsigned can possibly be attributed to an artist working in the mid 19th century by the name of Ishiguro Masatsune III.