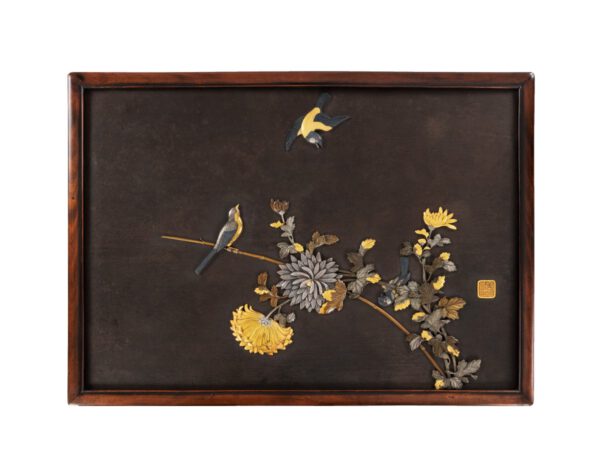 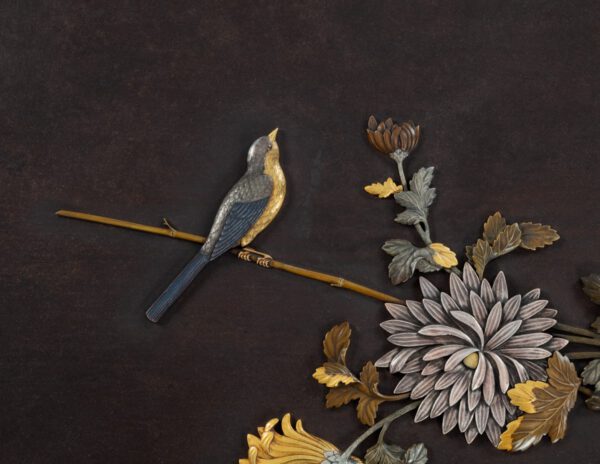 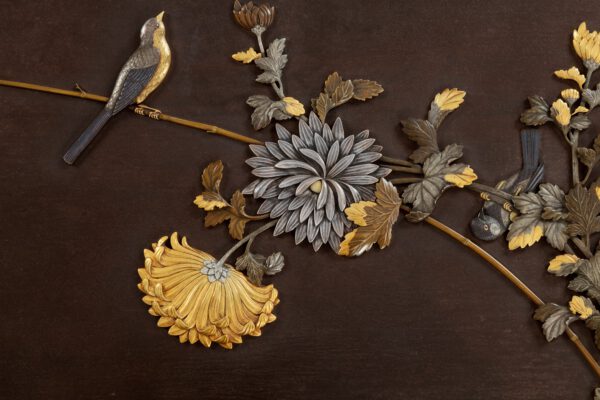 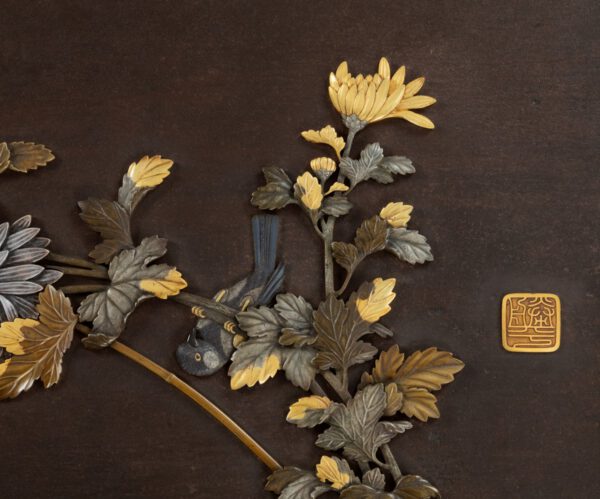 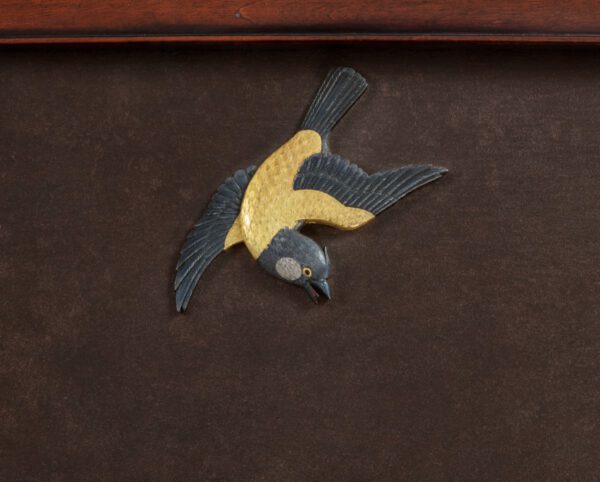 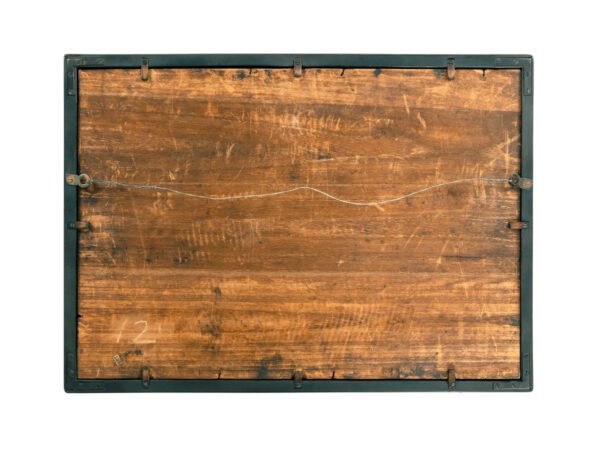 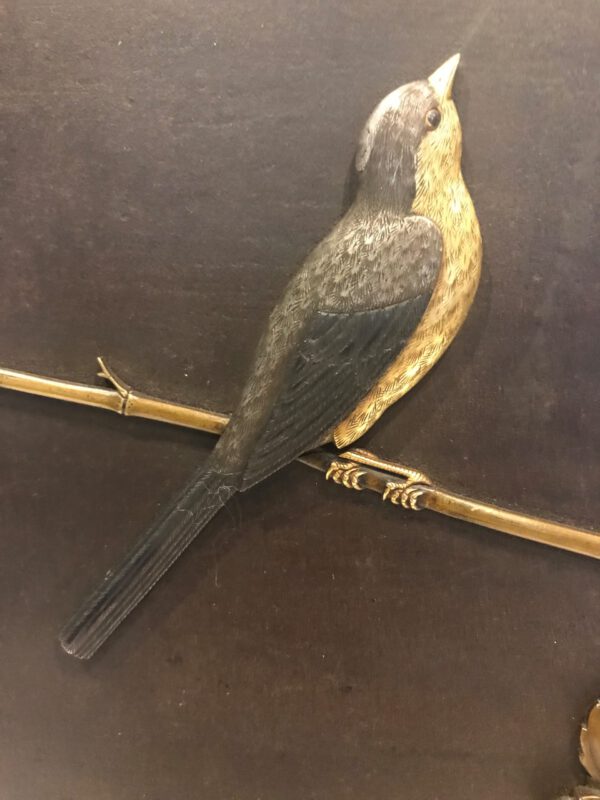 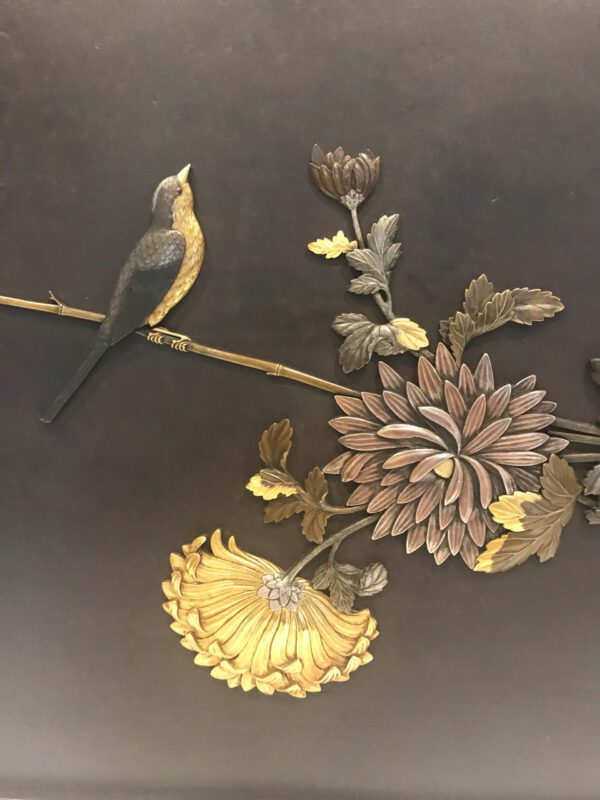 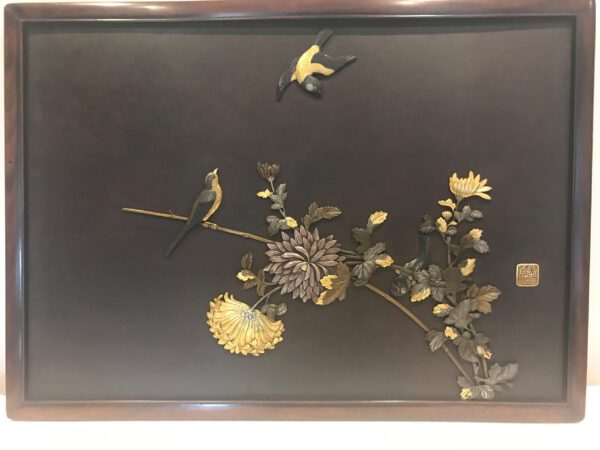 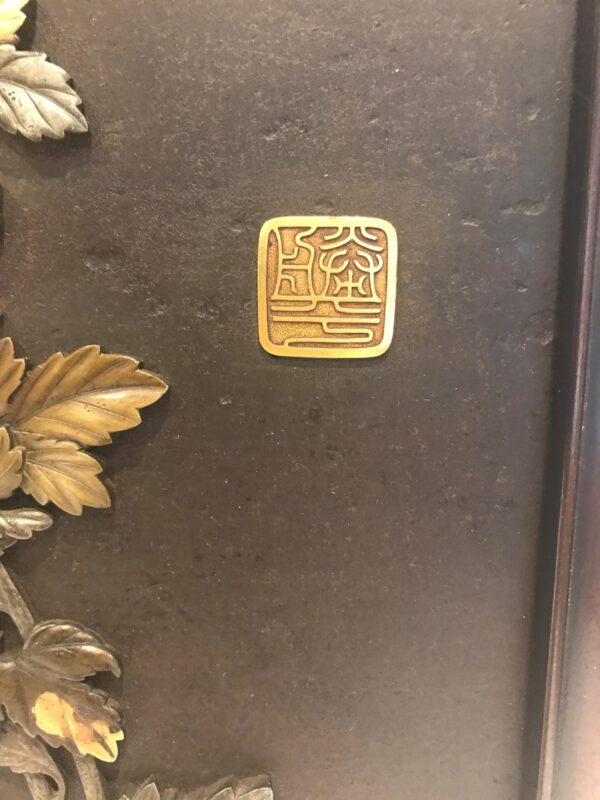 As part of our Japanese works of art collection we are delighted to offer this exceptionally rare Meiji period 1868-1912 iron and mixed metal panel by the highly important early Meiji period artist Hagiya Katsuhira (1804-1886) his art name Seiroken,  the ironwork panel housed within its original hardwood frame depicts the oft used but nonetheless charming subject of birds upon a branch of native flora, this particular early Meiji period panel demonstrates all the skills of a leading Mito school metalworker more used to making tsuba and sword fittings for the shogunate and now adapting his unique skills to satisfy the emerging western market, the naive charm and inspiration for this study is probably from an earlier Japanese or even Chinese painting, artists with such breathtaking metalworking skills as Katsuhira could simply replace an artists paintbrush with a chisel and produce staggering quality works of art, Katsuhira would have been very adept working with such soft alloys as gold, silver and shakudo as this panel clearly demonstrates, signed within a gilt signature seal and housed in its original period frame, a staggering work of art from a leading Edo / Meiji period metalworker .

Hagiya Katsuhira was born in 1804 as  Terakado Yasuke , he took his name from a combination of the Mito masters who taught him and subsequently and went on to become one of the most eminent Mito school artists and tutors, with many of his works now residing in the worlds most recognized museums and collections, in 1844 Katsuhira began working directly for the Mito clan where he took on the role of Goyo or official artisan for the Mito Tokugawa Daimyo, this role would have undoubtedly given Katsuhira special privileges including the ability to wear swords in public places, a privilege usually reserved for the Samurai classes, he went on to teach such famous artists as Unno Shomin and Kano Natsuo, amongst others, with one of his two sons (Suzuki ) Katsuhira achieving the status of head craftsman to the Suzuki family and thus adopting their name , Hagiya died at the age of 83 in 1886 .