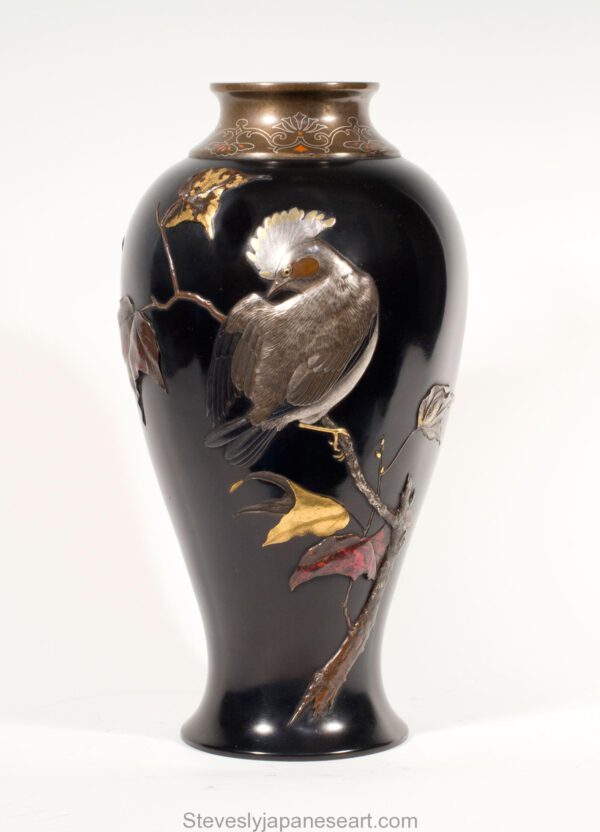 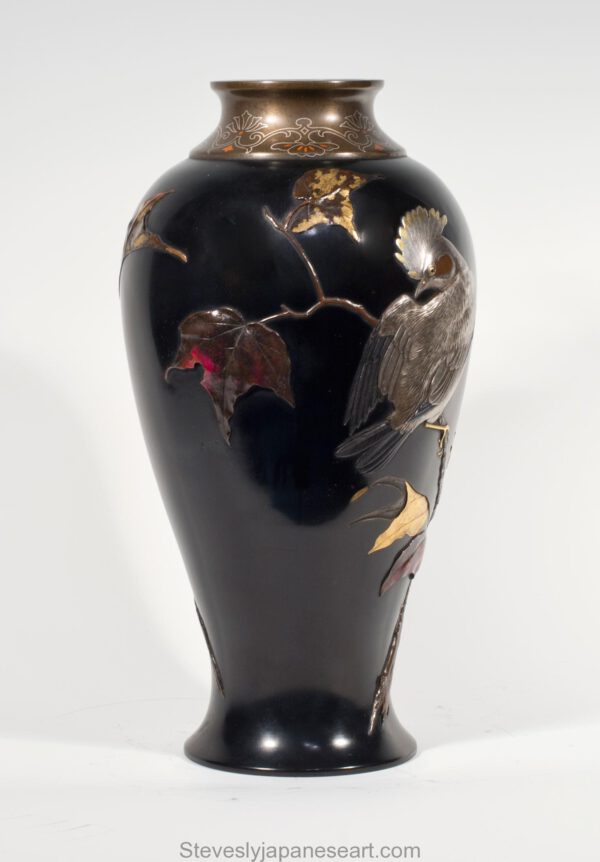 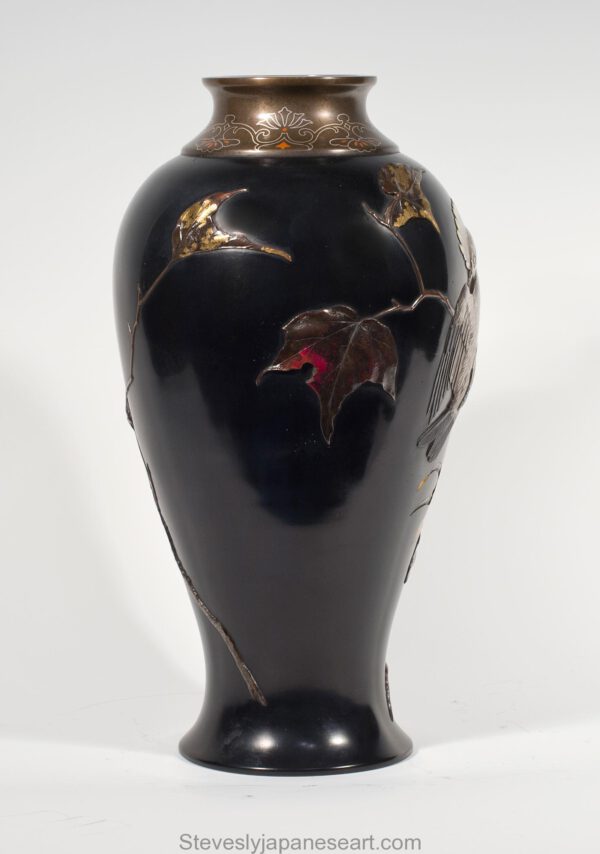 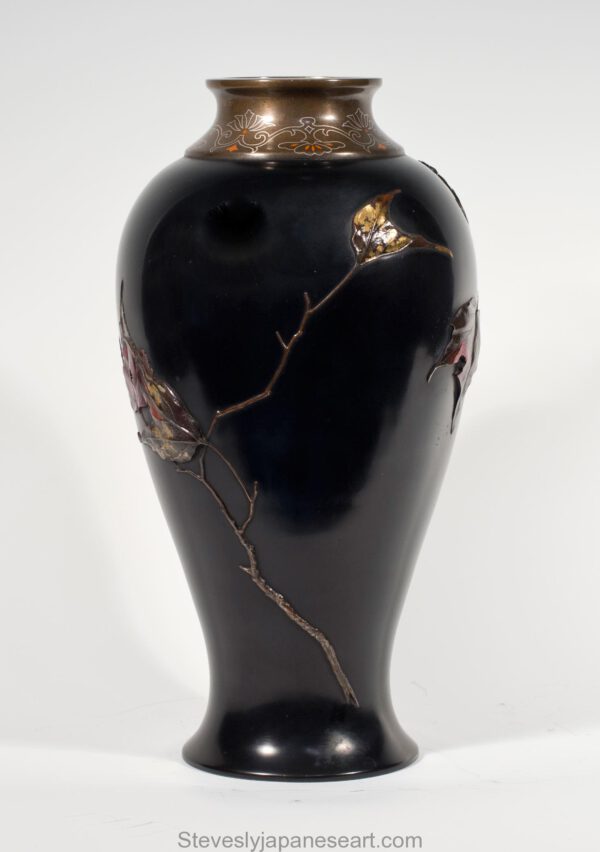 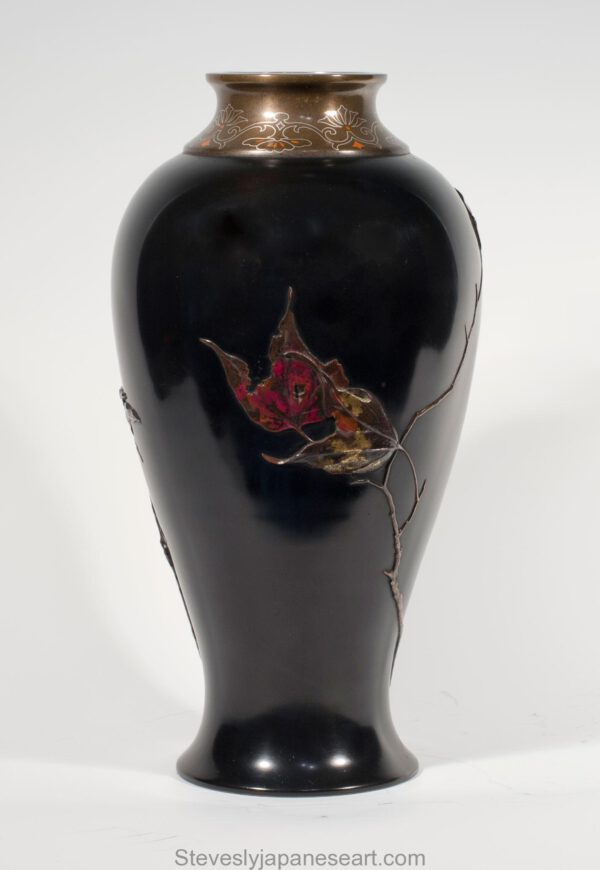 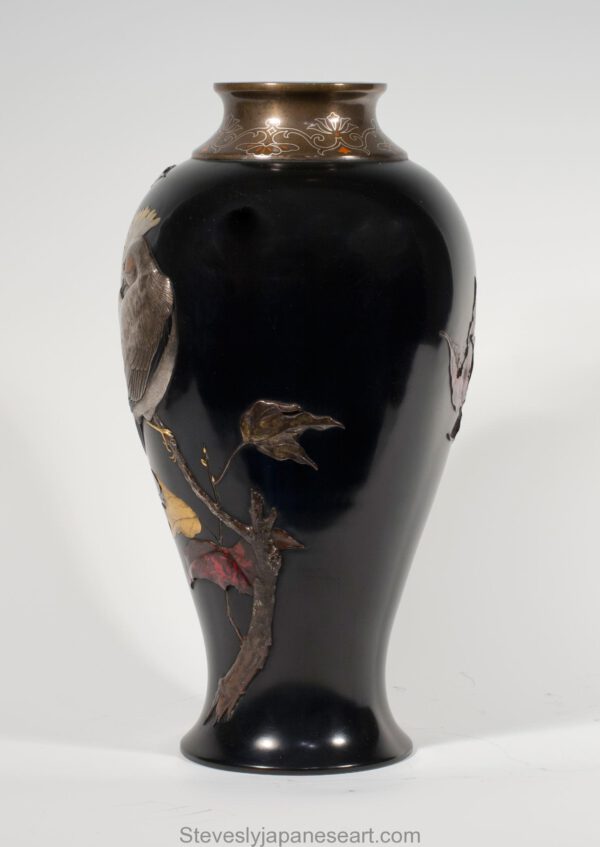 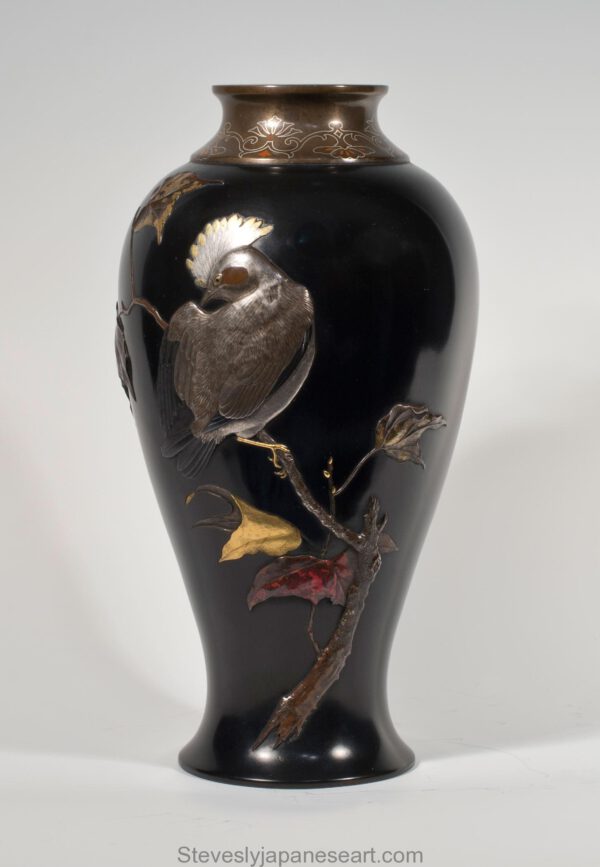 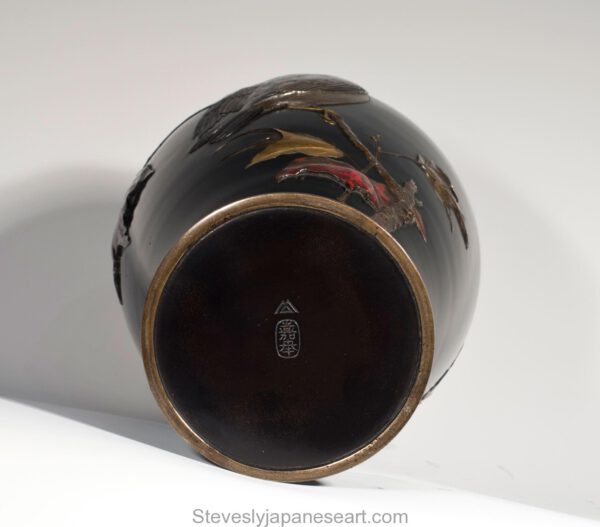 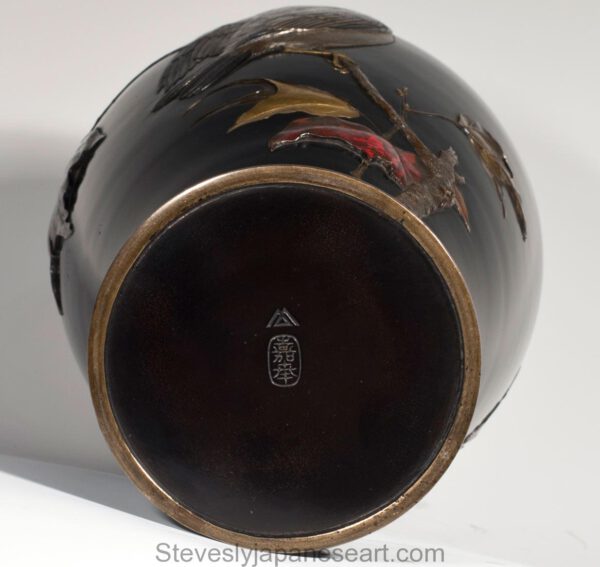 As part of our Japanese works of art collection we are delighted to offer this very fine and heavy quality Meiji period 1868-1912 , circa 1895 bronze and mixed metal onlaid vase by the highly regarded artist Suzuki Chokichi ( his art name Kako) , the heavily cast deep black patination of the vase is finely contrasted with a delightful rendition of a Silver and mixed metal crested Bird upon a tree , possibly the male Eurasian Hoopoe Bird, the remainder of the vase decorated with exquisite mixed metal foliage , the autumnal patination of the leaves in particular are indicative of Kako’s work , the artistic skill leaves you in no doubt as to who the vase was made by, Chokichi excelled at the multi patination techniques used to portray decaying Winter and Autumnal foliage, the delightful Bird cast and hand chiselled before application to the body of the vase , each leaf  similarly cast and laid into the metal body prior to patination , the neck of the vase detailed in a fine stylised Silver wire technique, the vase fully signed with the signature of Suzuki Chokichi thus dating it to post 1891 , it is perhaps easy to undertand why this famous artist was given the unique honour of Imperial artist (Teishitsu Gigein ) in 1896 , a simply magical piece of metalwork for your Japanese works of art collection .

Suzuki Chokichi (Kako) was director , designer and lead artist of the government sponsored Kiryu Kosho Kaisha company until its closure in 1891 , his adventurous artistic ideas were reputedly not always well received by the government funded factory , they probably had one eye on commercial quantity and more repetitive works than Kako would have liked , he went on to produce many other individual high quality and now famous works housed around the worlds great collections and leading museums , including a monumental 2.8m Koro surmounted by an Eagle which resides in the Victoria and Albert museum, and arguably his most famous known work being a set of twelve Mixed metal Birds of Prey, now rightfully resting in the Tokyo national museum .

Suzuki Chokichi’s work was eventually rewarded in 1896 when he was granted the rare accolade of becoming an Imperial artist ( Teishitsu Gigeiin ).

I am pleased to say his incredible artistic skills are eventually being recognised some 120 years later, by leading collectors of Japanese Meiji period metalworks.