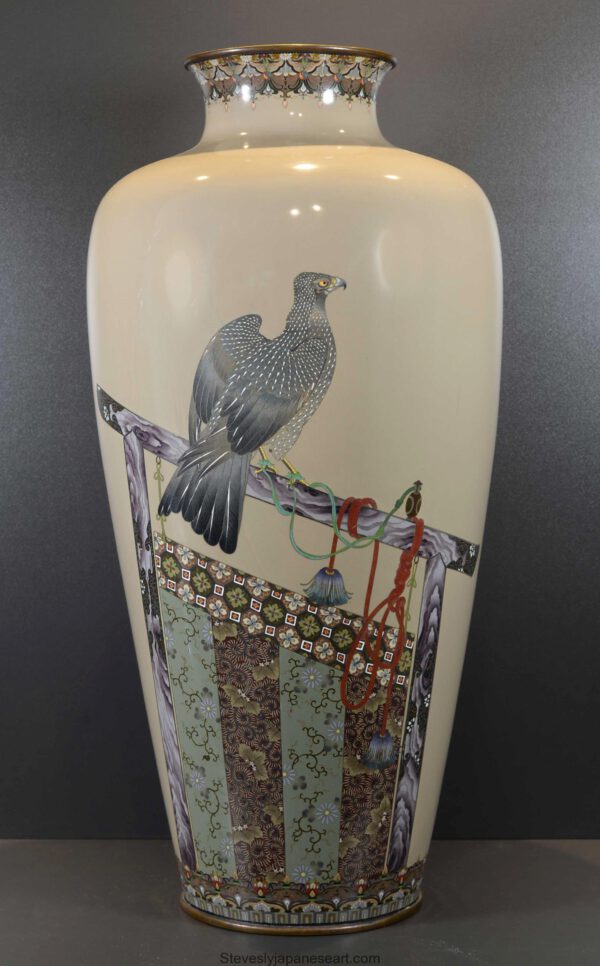 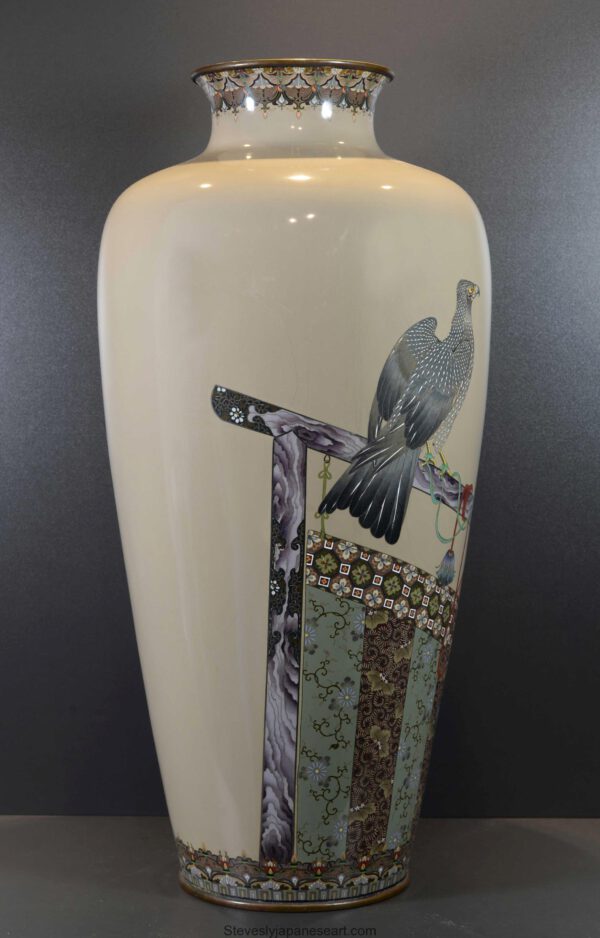 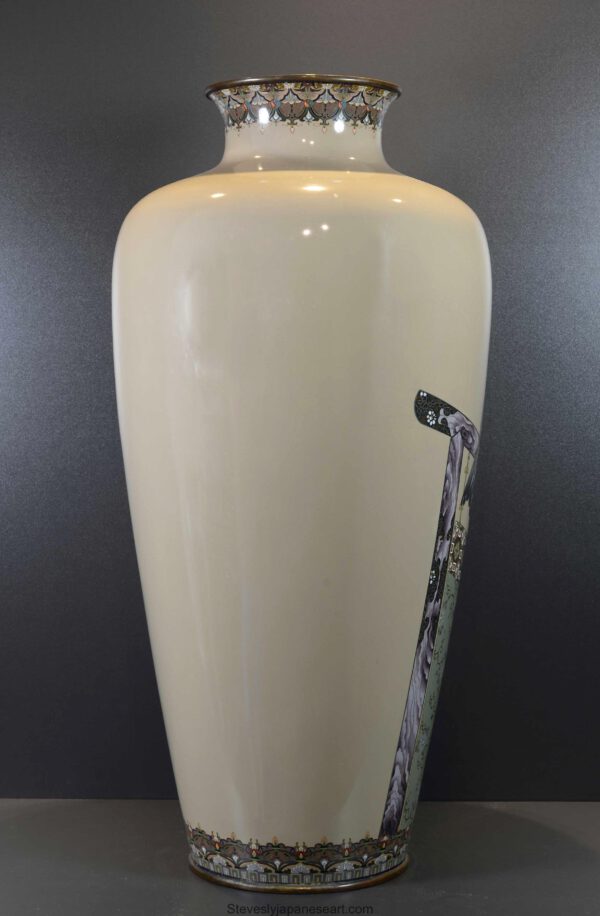 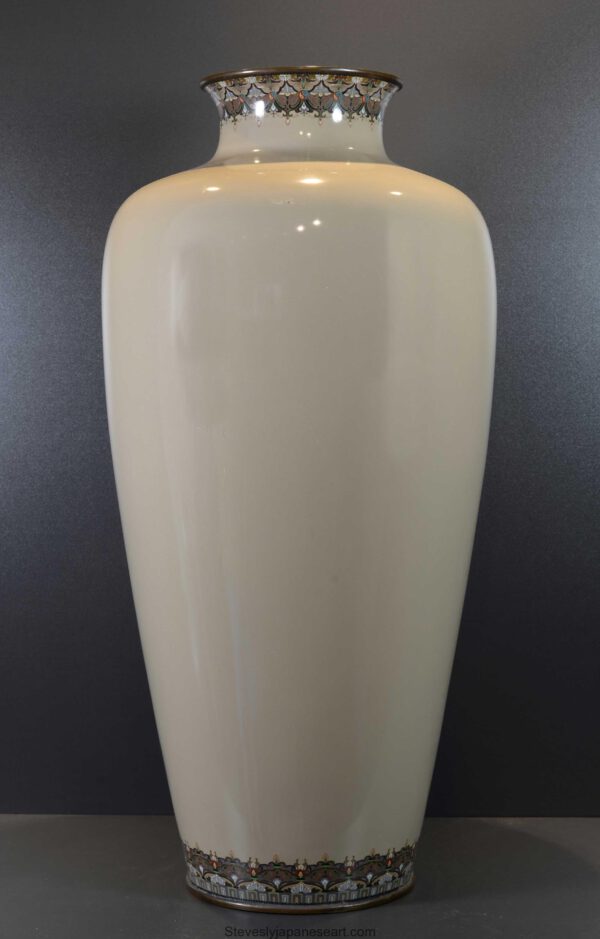 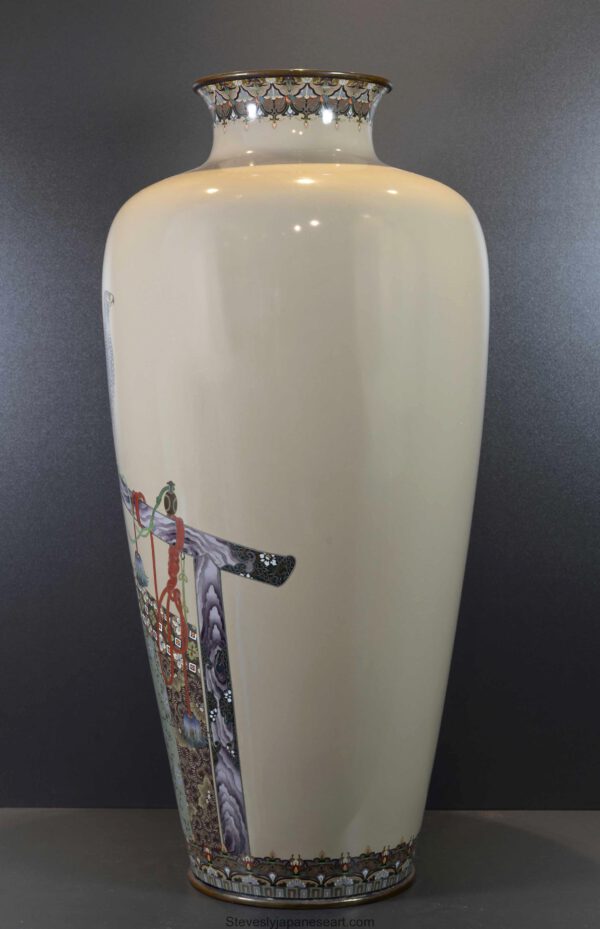 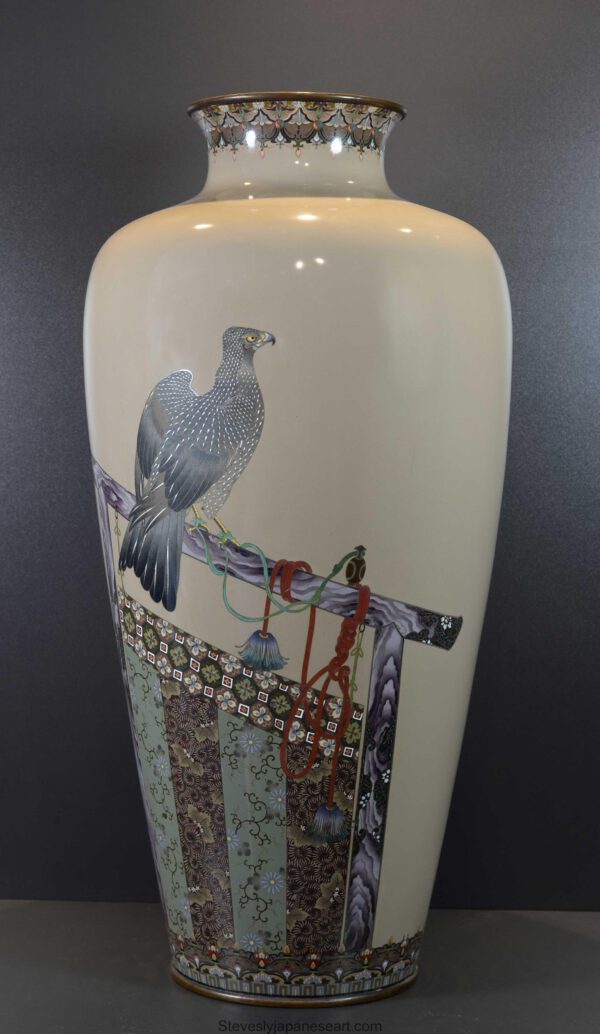 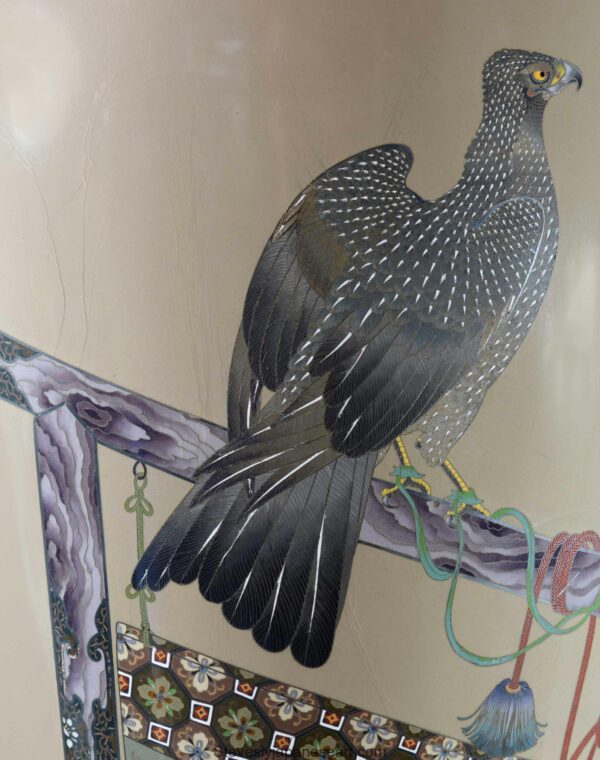 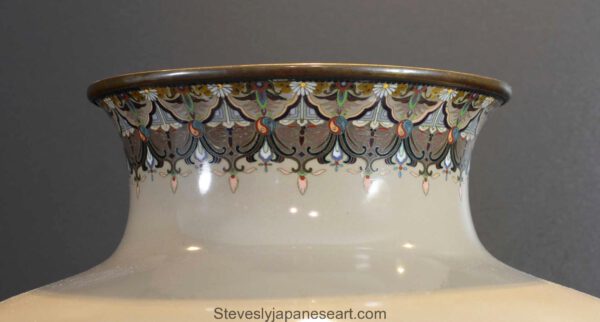 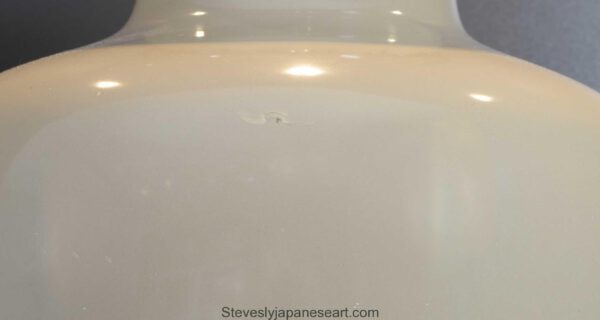 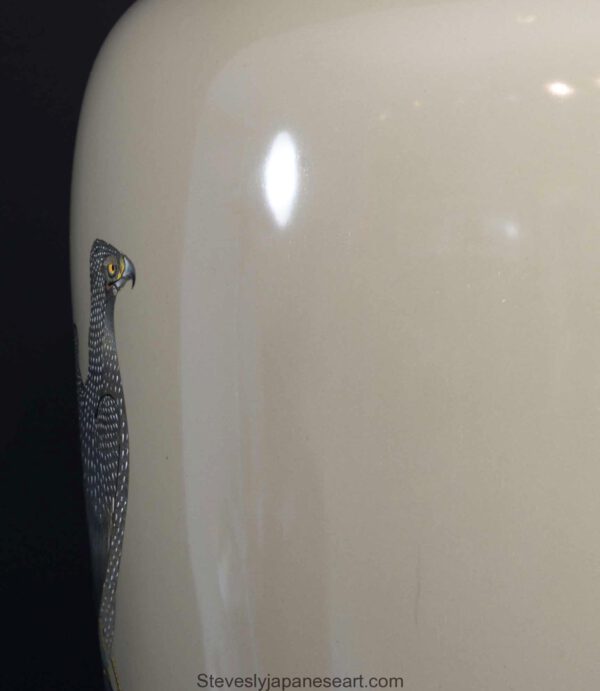 As part of our Japanese Works of art collection we are delighted to offer this large, rare and important Meiji period 1868-1912 Cloisonné vase firmly attributed to one of the leading artists of the golden age of cloisonne manufacture during the latter part of the Meiji period, Kumeno Teitaro 1865-1939 , Teitaro was a leading exponent and was celebrated as the perfecter of the technique of manufacturing cloisonné on silver ( Gin Jippo ) in this vase he demonstrates his mastery of flattened silver wire work to the highest possible standard, the large beige ground vase is predominately decorated in silver wire depicting a tethered Hawk on silver mounted lacquer stand, from the centre of the stand hangs a silk banner, its intention was to prevent the hawk flying through the stand and strangling itself, this silk banner is decorated in stunning detail with formal geometric floral borders and high quality flattened silver wire leaf and vine decoration, the hawk itself tethered to the stand using green and red silk cords , its feather work in particular finished in outstanding detail, the neck and foot rim of this exceptional vase further decorated with formal borders, there is no doubt in our opinion, that although unsigned this vase was manufactured by Kumeno Teitaro and obviously made as an important commission, or for one of the numerous expositions of the period, where he is known to have displayed his ware’s, rather frustratingly it was not uncommon for retailers and commissioning agents to request unsigned work’s from prominent artists, and in particular when they were destined for imperial presentation, a highly important piece of cloisonné enamel from a leading Meiji period artist circa 1900.

Condition report: At first glance the vase appears perfect, however upon closer inspection you will note that the vase has numerous light stress cracks to the front left hand side of the Hawk extending to approximately 22cm max, similar faint stress cracks can be found on the plain ground to the rear, along with a more prominent 3cm flaw to the rear shoulder, importantly the vase has no dents, dinks or enamel losses.