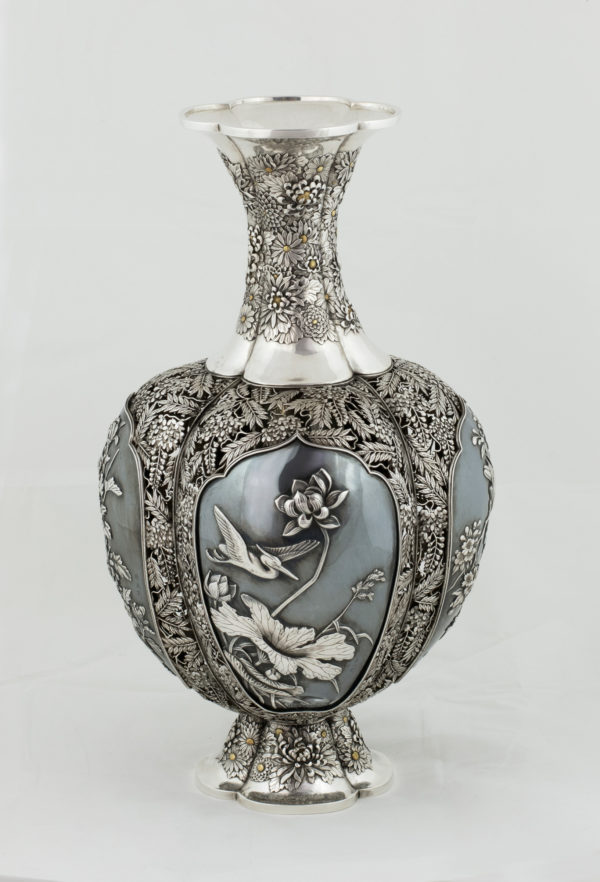 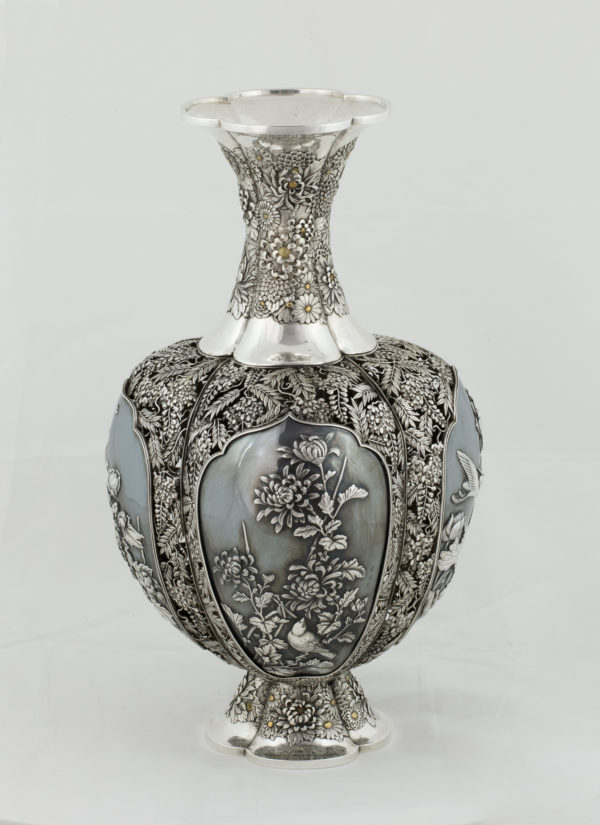 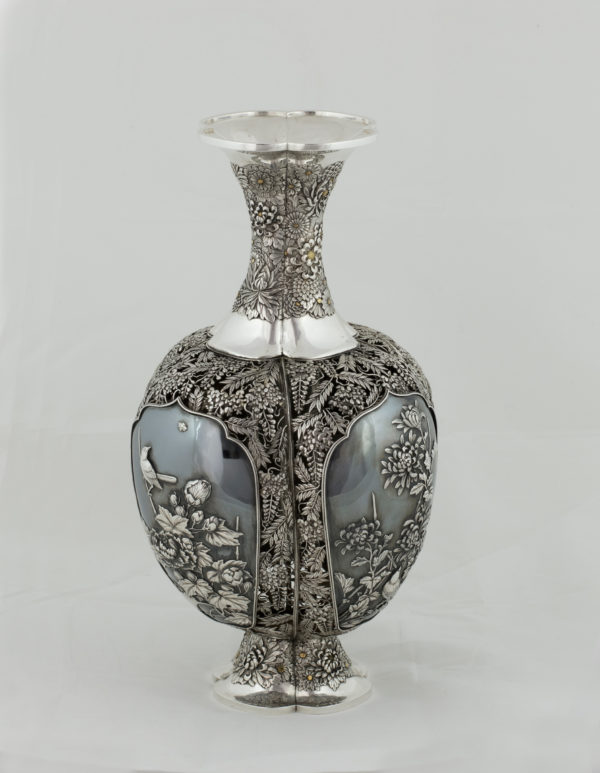 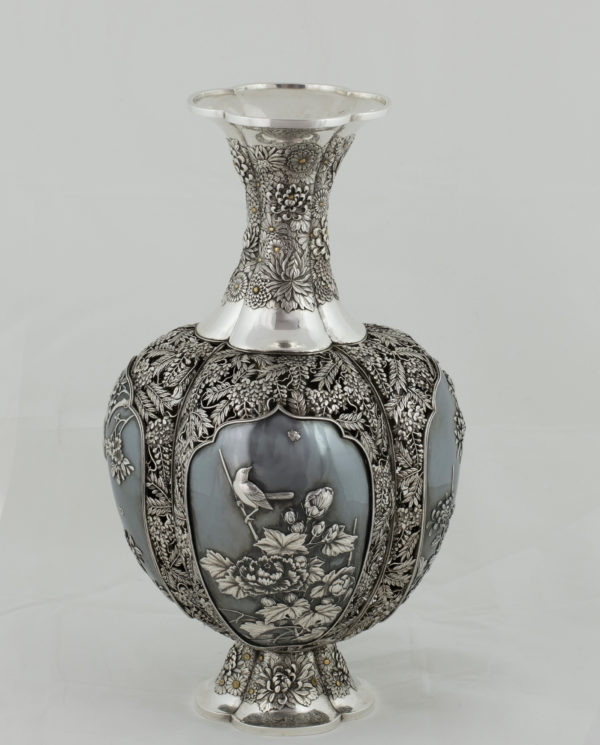 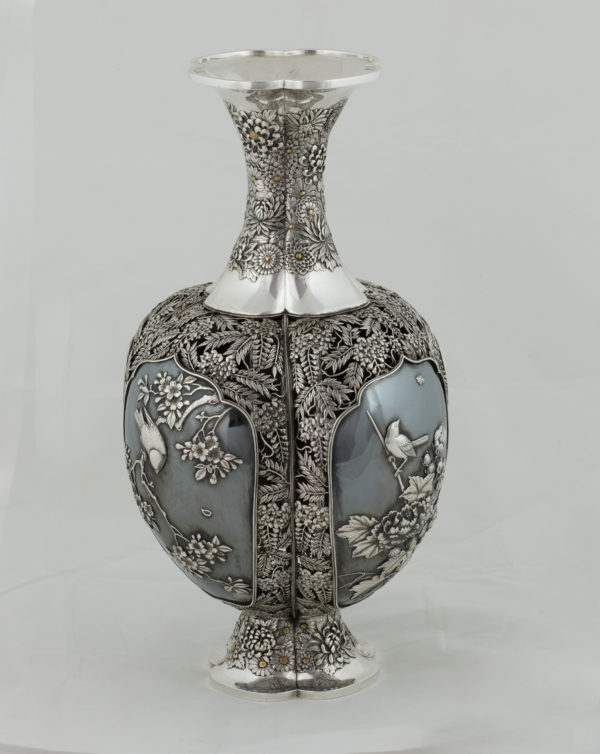 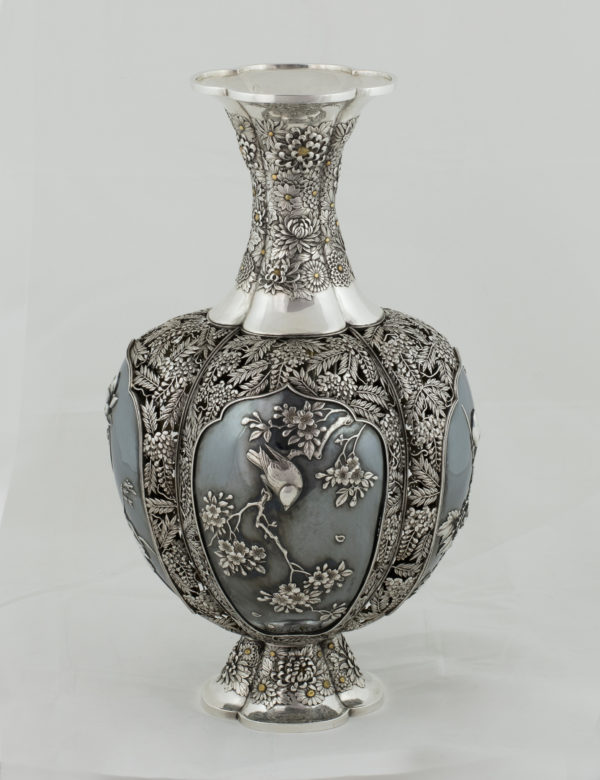 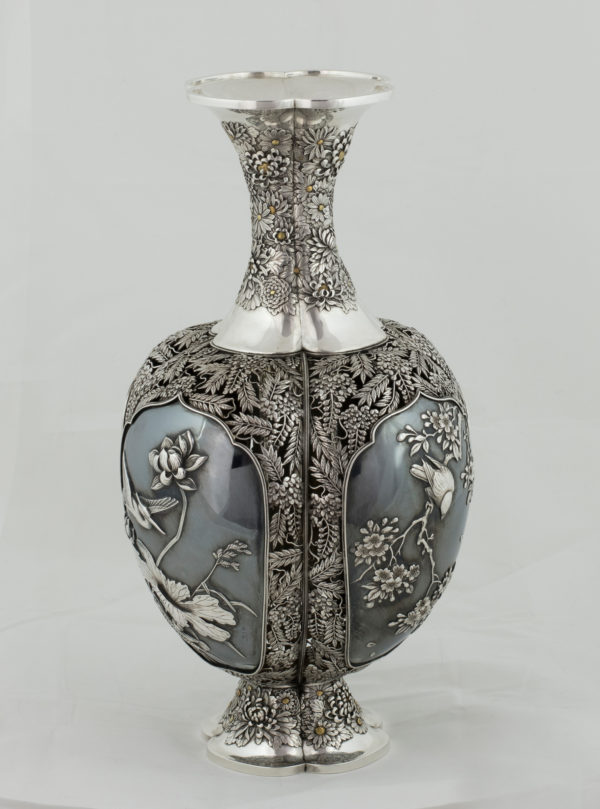 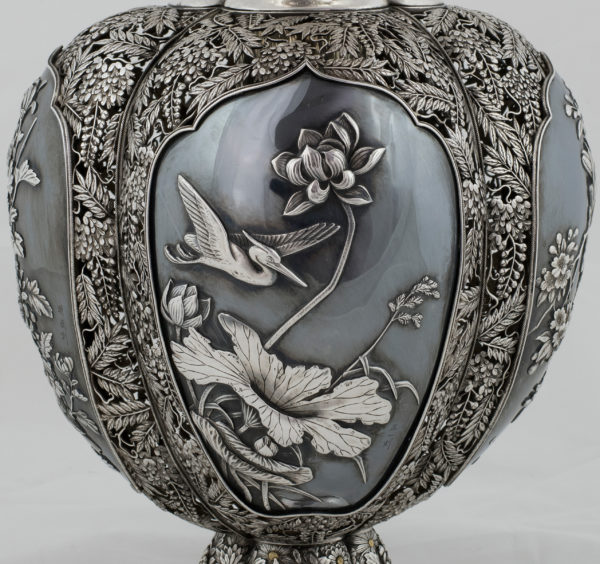 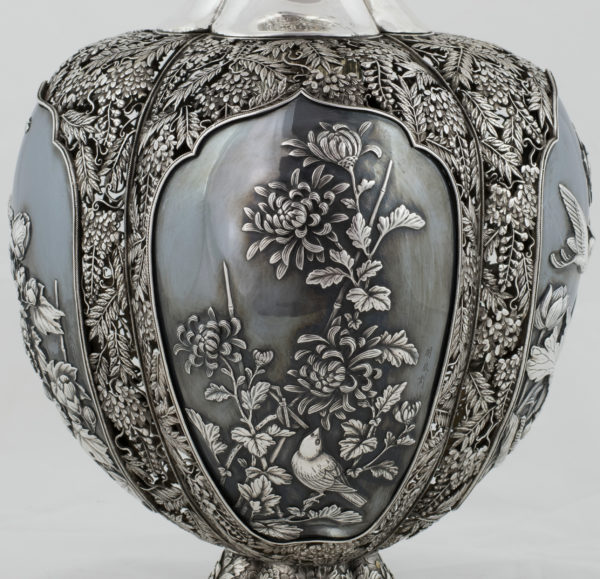 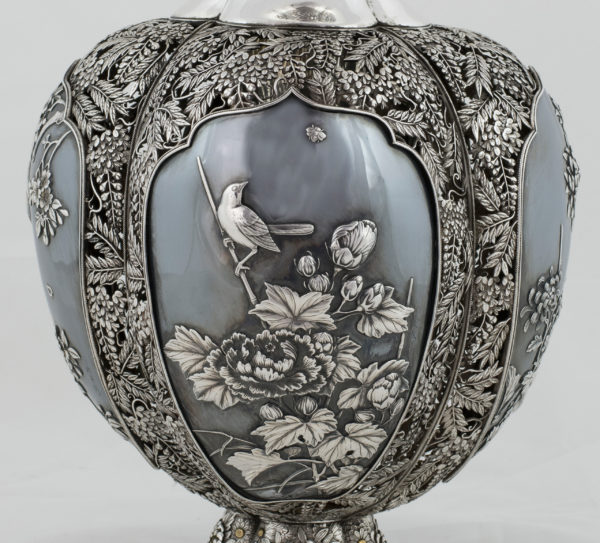 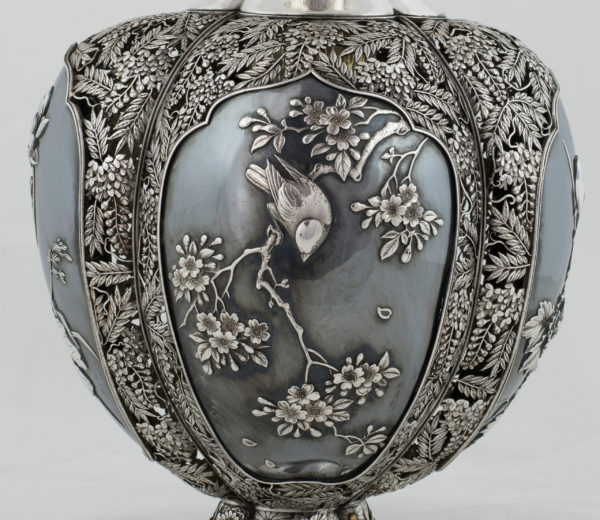 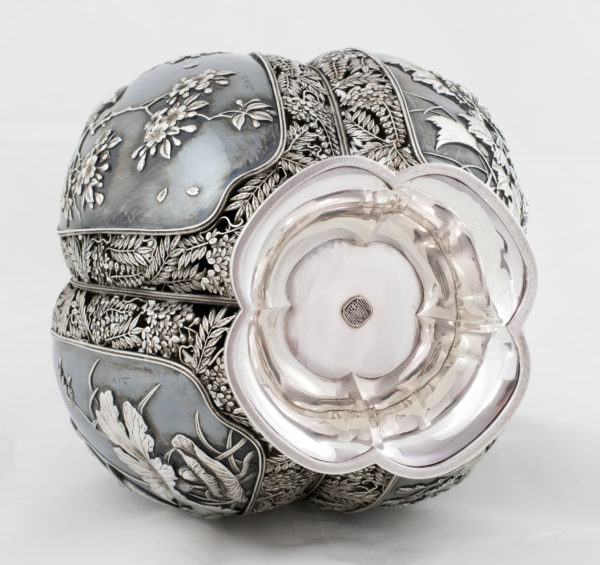 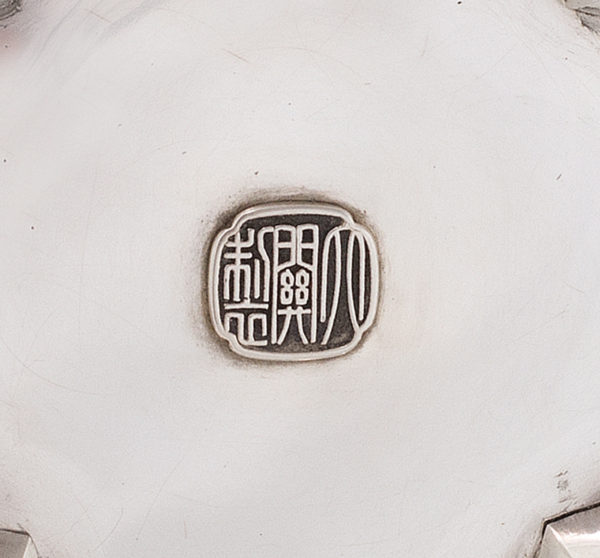 As part of our Japanese works of art collection we are delighted to offer this unusually large, rare and important Meiji Period (1868-1912) solid silver vase, bearing the seal of the world famous Ozeki Company of Yokohama as well as multi signed panels from each of the artists responsible for their manufacture. This very large fully lined vessel is predominately decorated in low relief to each of the four convex shaped panels with decoration of native birds amidst flora, each panel very subtly highlighted with other alloys including gold . These individually artist signed panels are held in place and framed by the most succulent quality trailing wisteria, each sprig carefully cut by hand from solid sheets of silver and formed into a sturdy body, the quarter lobed base and neck of the vase are once again formed from hand beaten solid silver extensively decorated with native flora, predominately the Imperial chrysanthemum and peonies . The underside of this magnificent vase carries the all important seal of the Ozeki Company .

‘The Musashiya company, operated by Ozeki Yahei and his son Sadajiro, were perhaps the most successful of the concerns selling high-quality decorative art during the Meiji era, Ozeki was especially well known in the west as a broker for the highest quality metalwork objects.

Ozeki commissioned works from such leading metalworkers as, Unno Moritoshi, Yamada Motonobu, Kaneyasu Masatoshi, Suzuki Katsuhiro amongst other recognised artists, all of which appeared in exhibitions under the brand name Ozeki.
The astonishing work on Ozeki pieces may have seemed over elaborate to Japanese tastes at that time, on the other hand, this is an indication of Ozeki’s success as a businessman, he had a firm grasp of western tastes. Ozeki remained in business throughout the Meiji period and into the subsequent Taisho era (1912-1926).

The four silver artists that combined their skills to produce this magnificent vase are listed as follows in both Japanese and English translations .

Literature : For a similar example of the finely hand cut Wisteria on this vase see : The Nasser D Khalili Collections , Metalwork I , Plate 49 . This opulent mixed media silver & enamel Koro once again demonstrates the painstaking work involved in hand cutting Wisteria and trailing foliage from sheets of solid silver.

It is worth noting that as time progressed, and naturally with a keen eye on commercial viability, many lesser known artists and factories were able to reproduced this technique by simply pressing out foil thin sheets of silver , the effect was strikingly similar until it came to handling such items, at which point the difference in quality becomes instantly recognizable, the name Ozeki was synonymous with quality and as such usually attracted the finest metalworkers of the period.