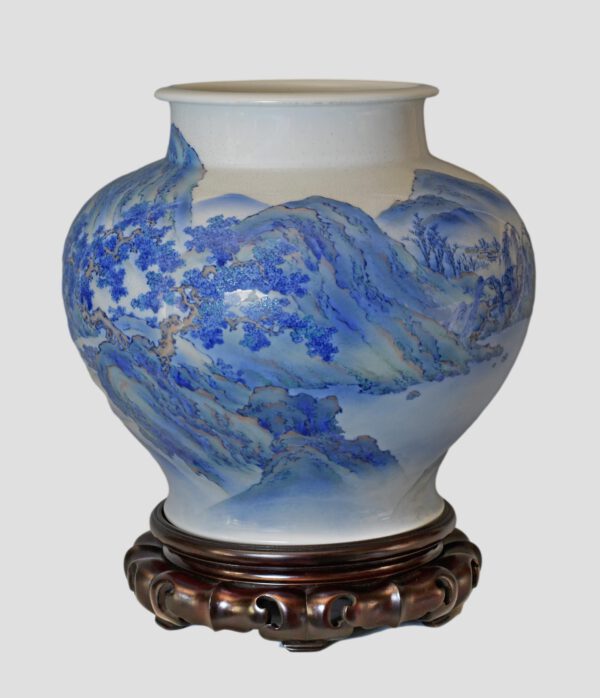 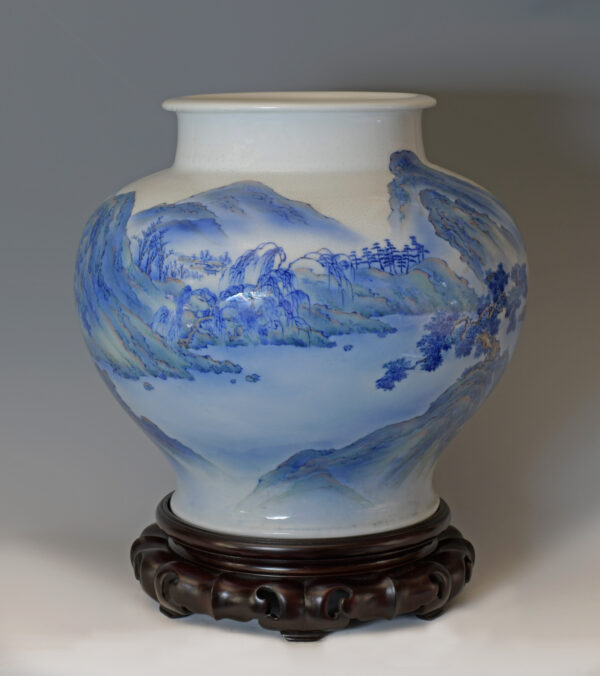 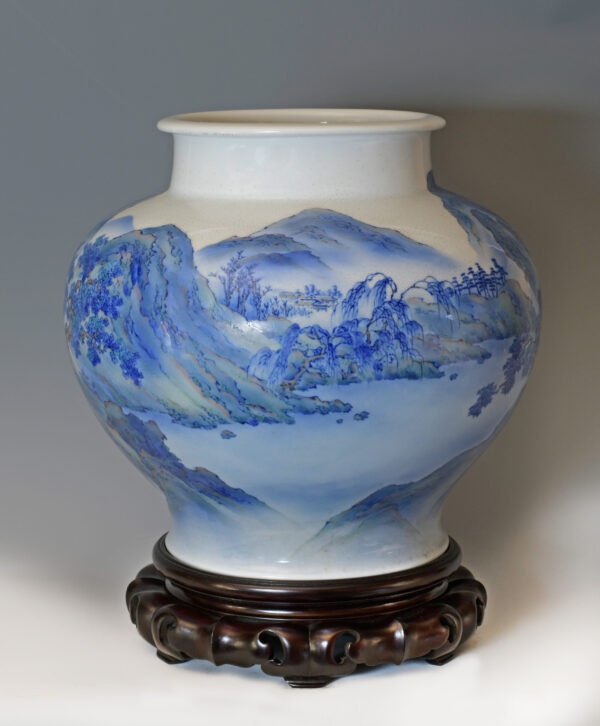 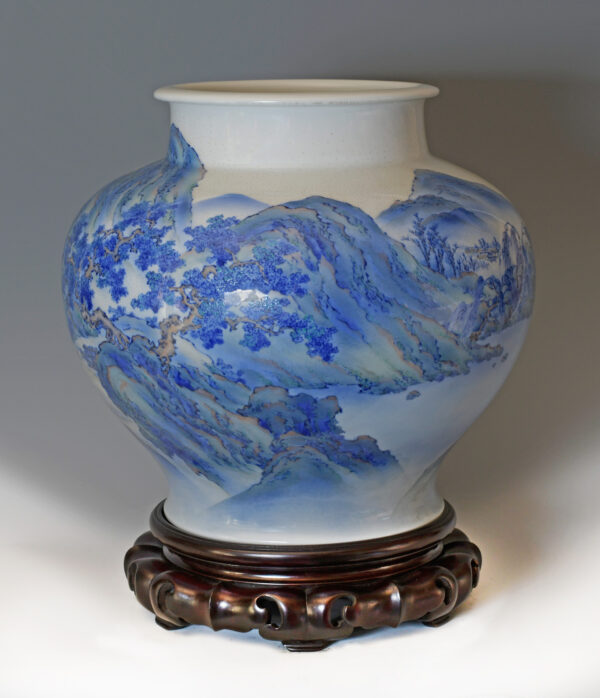 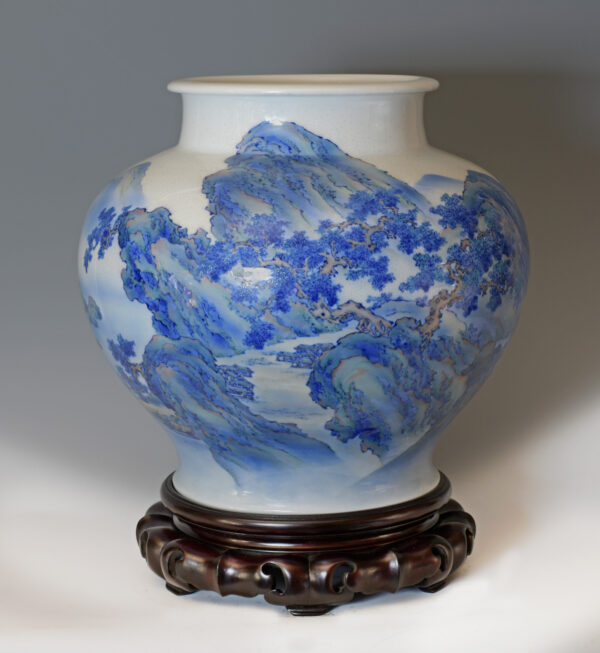 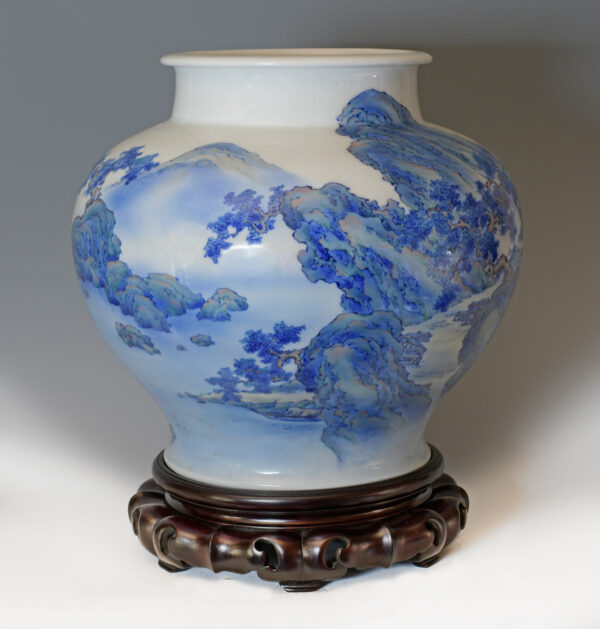 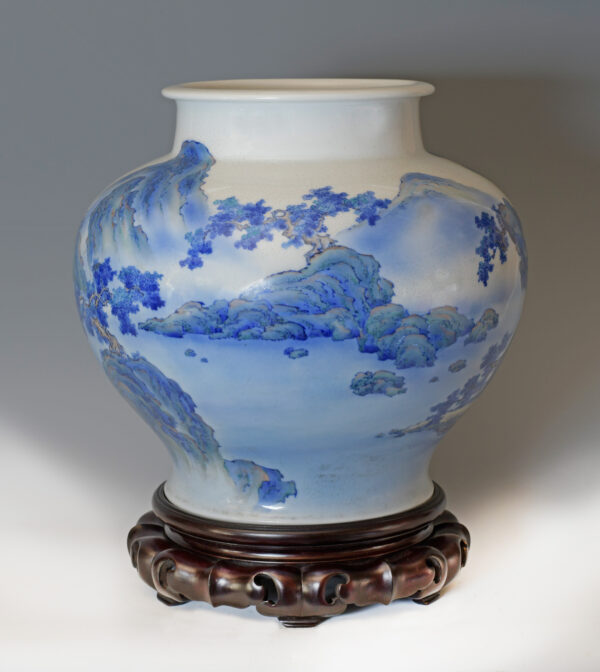 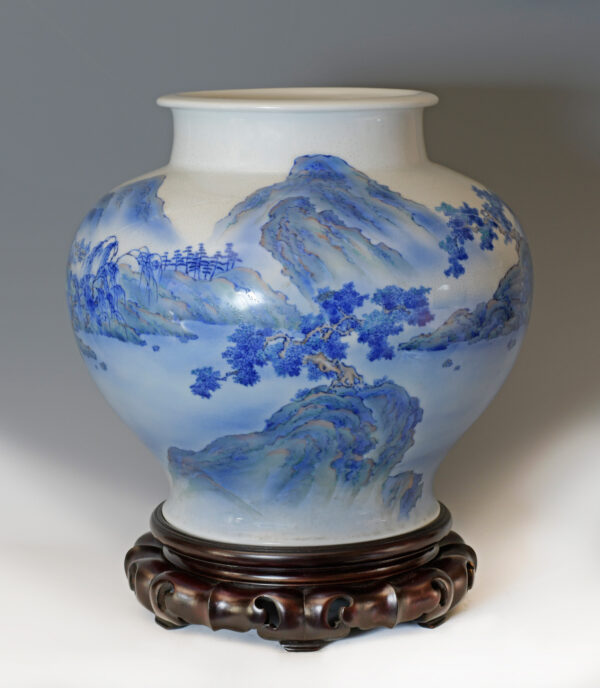 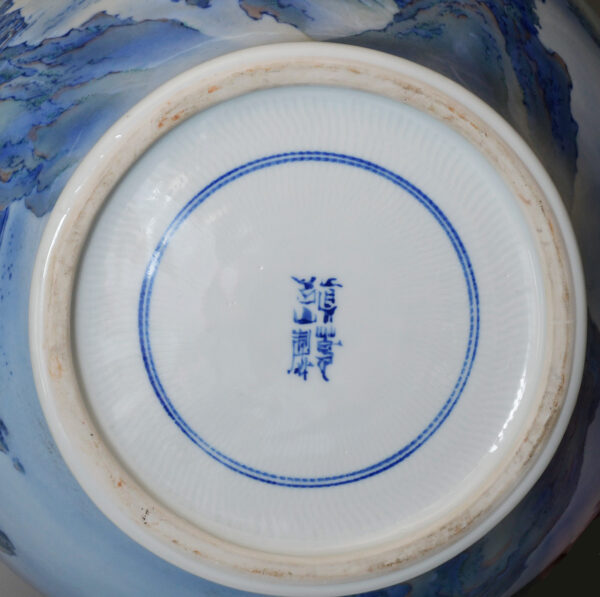 As part of our Japanese works of art collection we are delighted to offer this large Meiji period 1868-1912 ceramic vase by the highly regarded Imperial artist Miyagawa (Makuzu) Kozan, in this particular instance the vase would most likely have been manufactured by the Kozan studio during the late Meiji period circa 1910, a period leading up to the death of Miyagawa Kozan in 1916 and the continued production by his adopted son Hanzan, soon to inherit the title Makuzu Kozan II.  This striking large scale vase is predominately decorated in various tones of underglaze blue interspersed with lighter autumnal greens and browns to create a magnificent landscape scene, the artist has also used a combination of textures upon the buildings, foliage and craggy rock faces to further enhance the three dimensional appearance, the dramatic yet delightful vase rests upon its original hardwood stand and has been signed in a six character signature within a double concentric circle that translates to read Makuzu Kozan Sei, the seal was most commonly used around the 1910-15 period, the vase travels in its original storage box ( Tomobako ) that itself is inscribed to read:  blue landscape vase with colour by Makuzu Kozan Sei,  a fabulous and scarce addition to your Japanese themed space or ceramics collection.

Miyagawa (Makuzu) Kozan  (1842–1916) was a Japanese ceramist and was one of the major potters of the Meiji Period, his kilns were based in Yokohama and he went on to win many prizes and gold medals at the various expositions , eventually receiving the recognition his works deserved in 1896 by becoming one of only a handful of Imperial artists (Teishitsu gigeiin), many of his works can be found in the worlds leading collections and museums.

Free worldwide delivery and a certificate of authenticity are included within the price of this item .