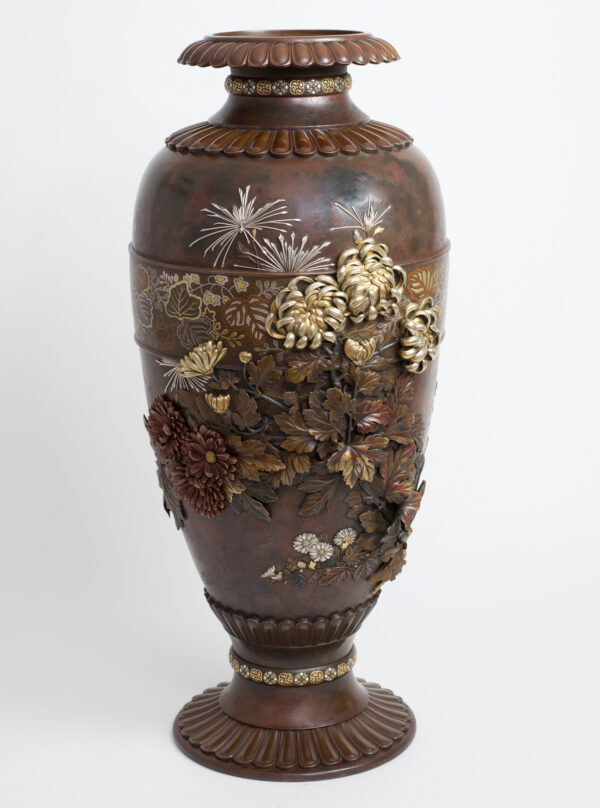 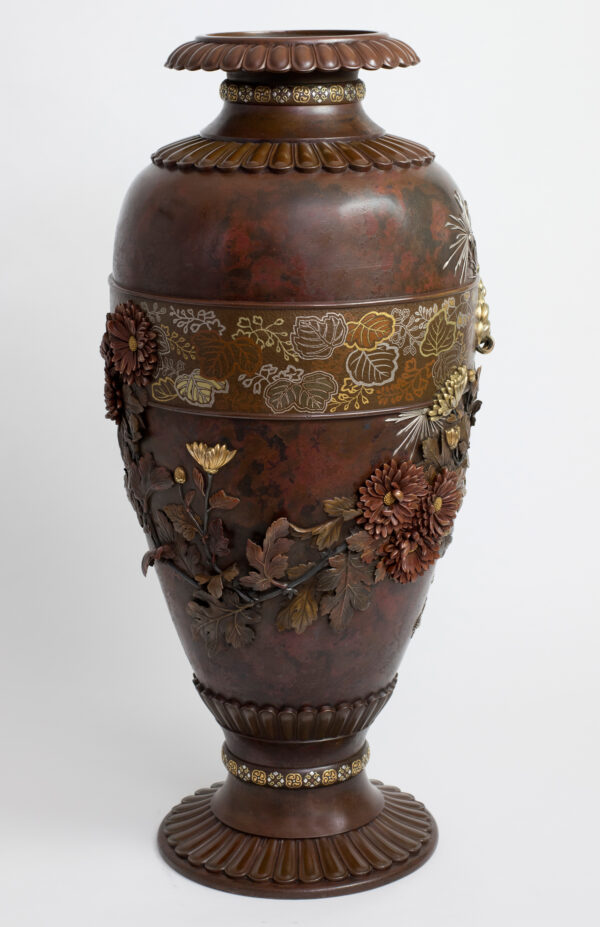 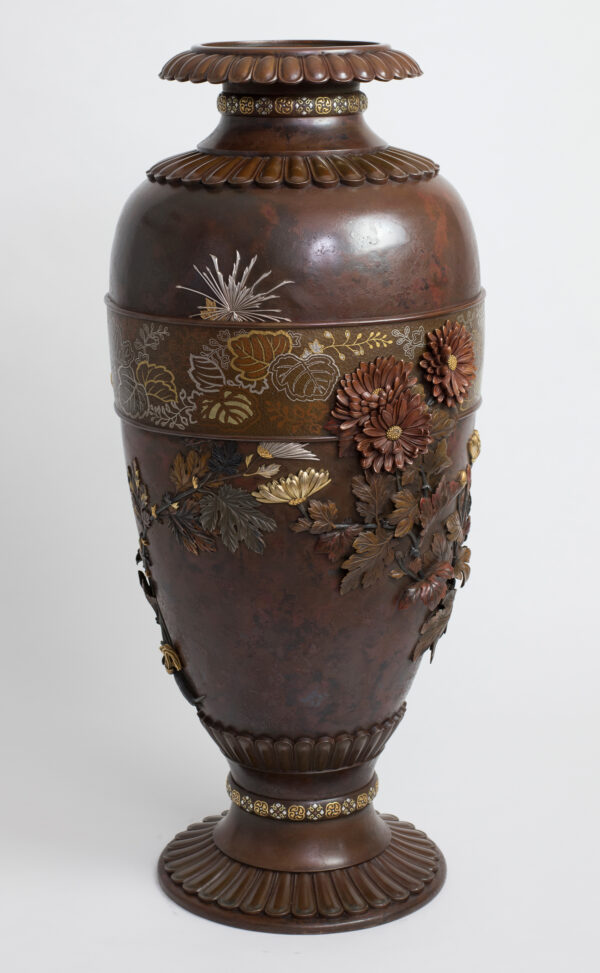 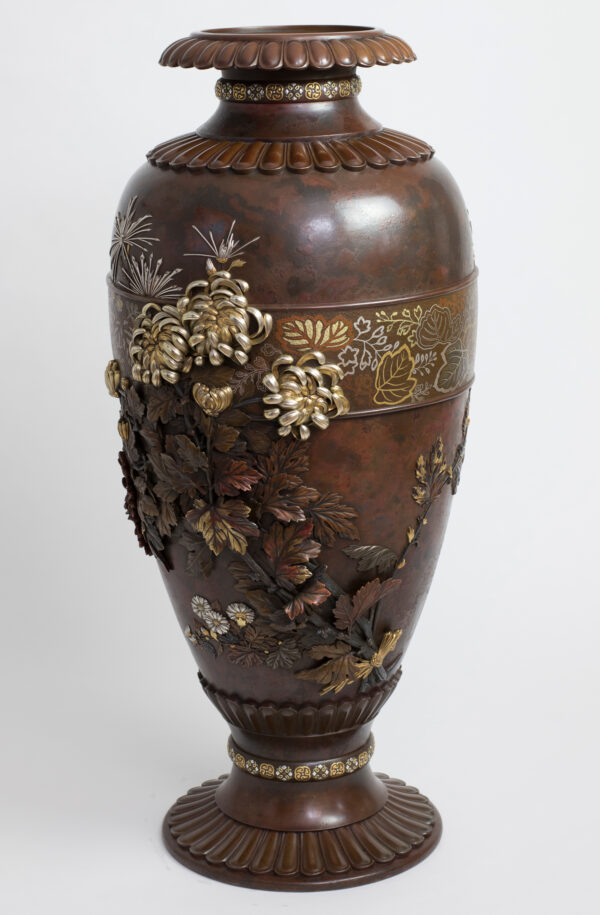 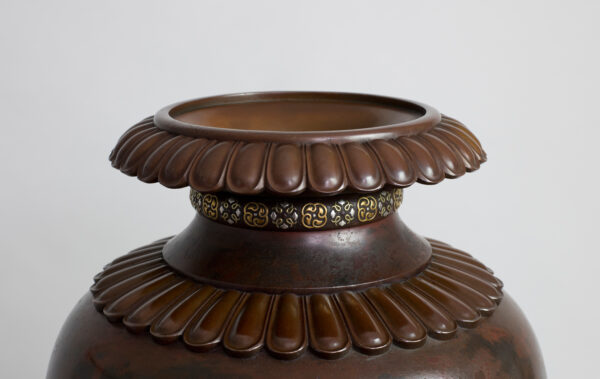 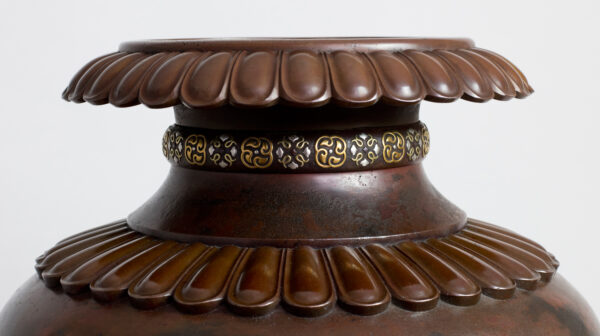 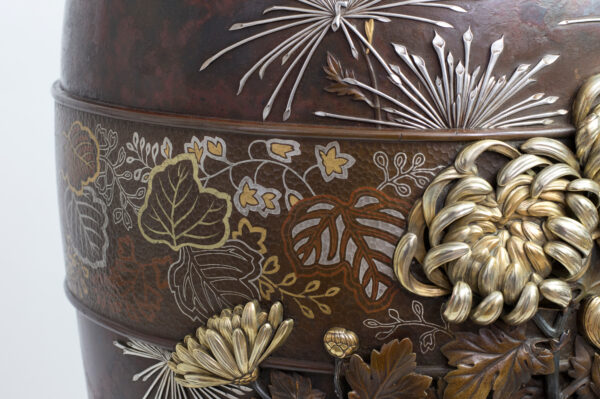 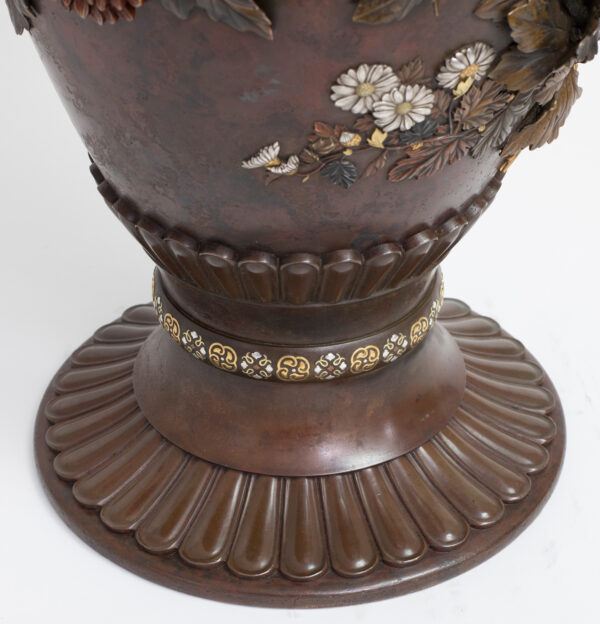 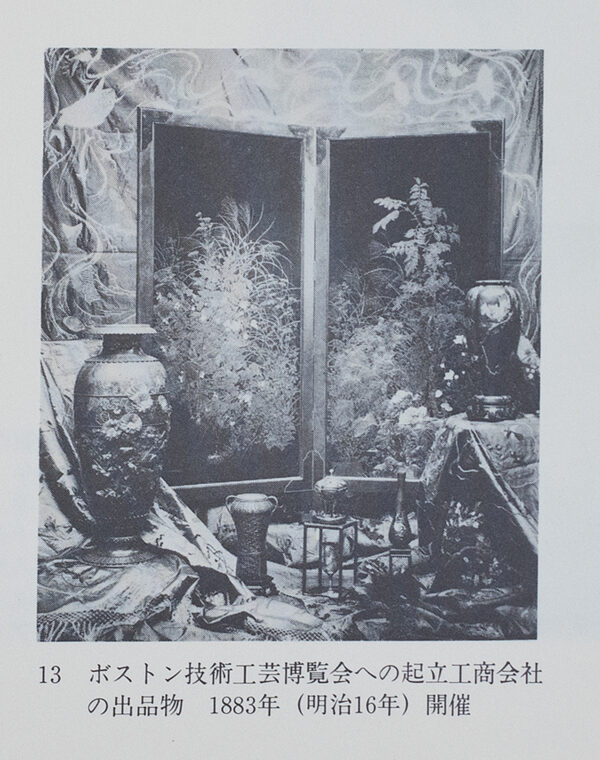 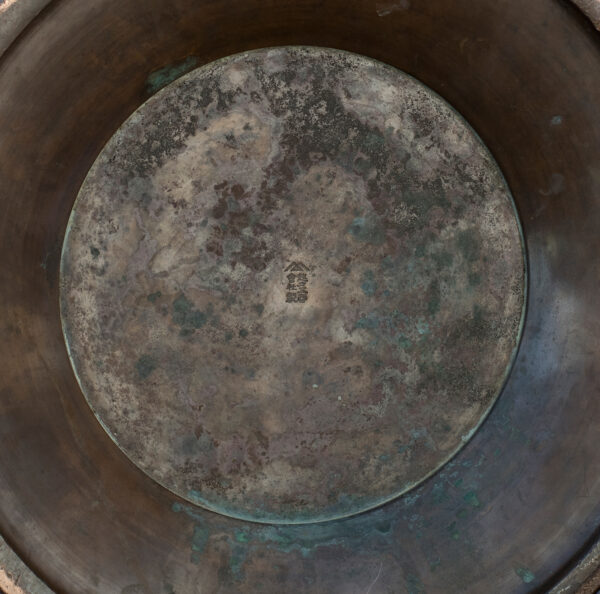 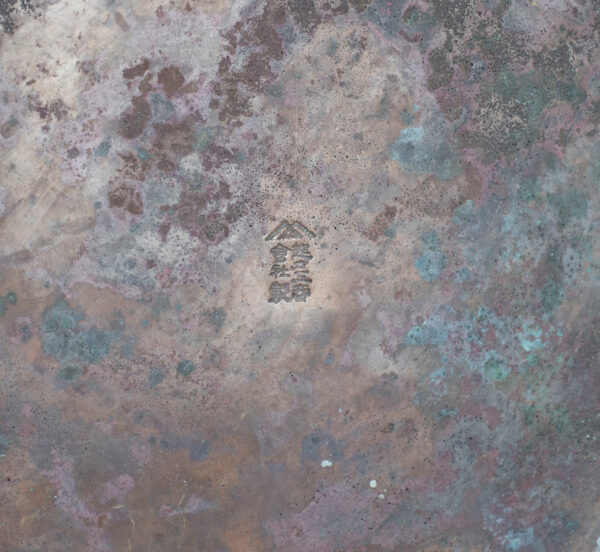 As part of our Japanese works of art collection we are delighted to offer this huge early Meiji Period 1868-1912 , circa 1880 , bronze and mixed metal floor standing baluster vase fully signed by the Kiritsu Kosho Kaisha , a government sponsored company headed up by the famous Suzuki Chokichi his art name Kako, the vase stands upon a traditional footed base with ribbed decoration repeated on the shoulders and top rim, the main body of the vase is formed from a mixture of alloys to produce stunning autumnal effects that are instantly recognisable as works produced by Chokichi during his early years at the company, rich tones of red, black and nutty brown interspersed with green give rise to a most charming base upon which Chokichi has applied lavish onlaid mixed metal foliage and floral displays, with the use of alloys such as gold, silver , copper and shibuichi to name a few. The main central band of the vase has been hand planished to offer a different texture, on this occasion Chokichi has demonstrated flush inlay techniques with the use of shibuichi , silver , copper and two colours of gold, portraying Paulownia and associated foliage. Finally, as if that were not enough painstaking work the vase terminates with a pair of bands to the foot and neck rims, each decorated with stylized floral mon in lavish gold, silver and copper work , a simply breathtaking example of the skills of one of the most highly revered Japanese metalworkers of the Meiji period.

This vase was exhibited at the 1883 Boston exposition upon the stand of the Kiritsu Kosho Kaisha company, it stood opposite another vase, this time decorated with an Owl that we now know to be housed in the famous collection of Dr Nasser D Khalili, Kibo Foundation, Treasures of Imperial Japan, Metalwork Vol 1 – plate 3 .

Almost 150 years later I feel both privileged and honored to be able to host such an important piece of documented Japanese history in this years exhibition catalogue, and very much look forward to finding a suitable home to preserve this magnificent vase for future generations.

When studying all of the highly skilled techniques on this mammoth project It is easy to understand why Chokichi was instrumental in the rapid growth of the emerging export market and the subsequent huge demand for Meiji period metalwork in particular , his success eventually rewarded with the rare accolade of  Imperial artist (Teishitsu Gigeiin) to the emperor Meiji, himself a patron of the arts of this magical period.