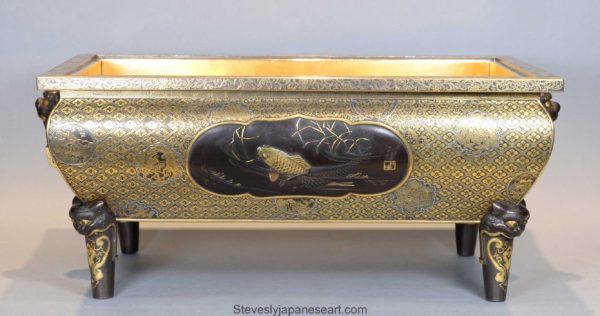 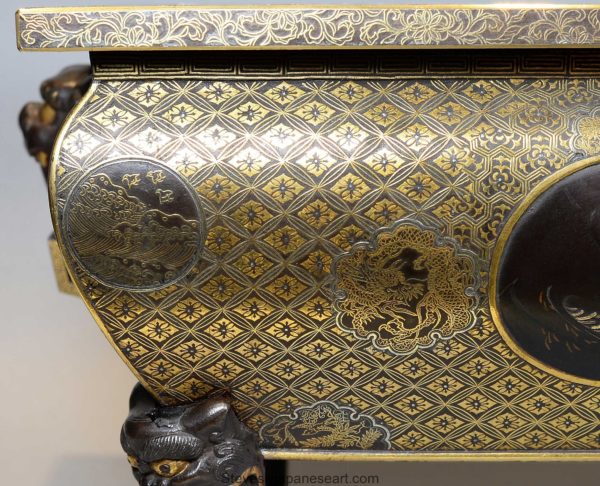 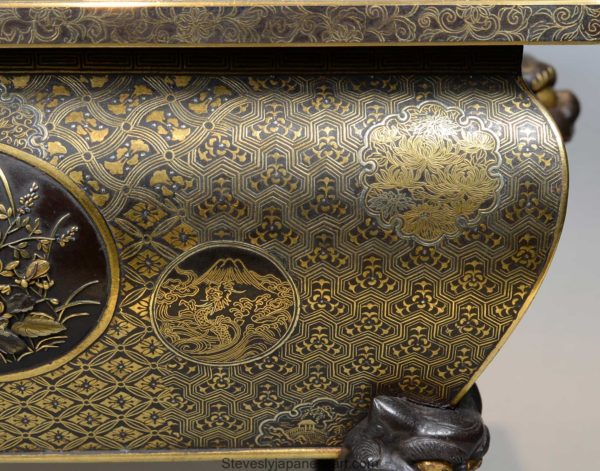 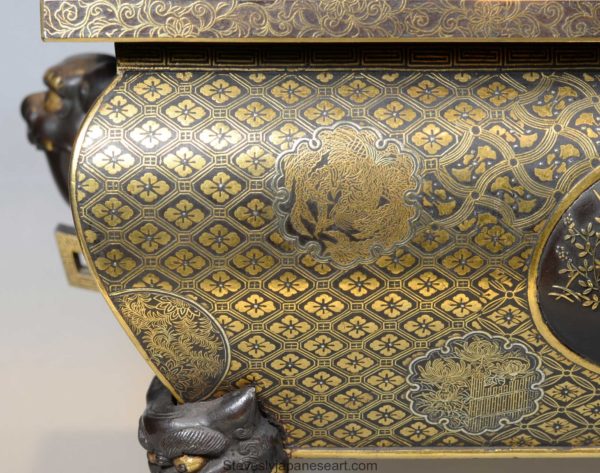 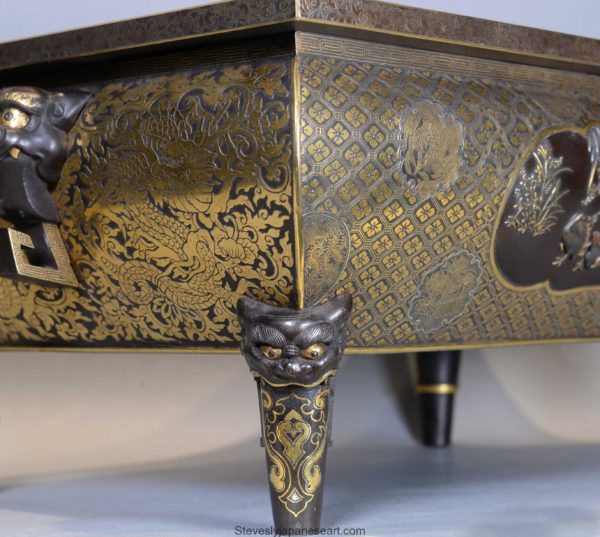 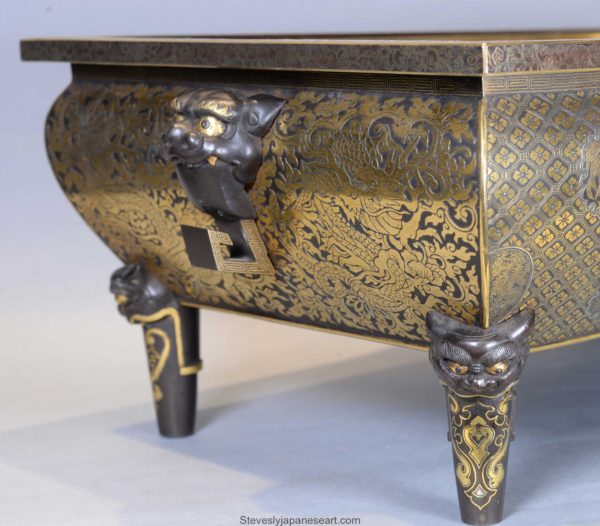 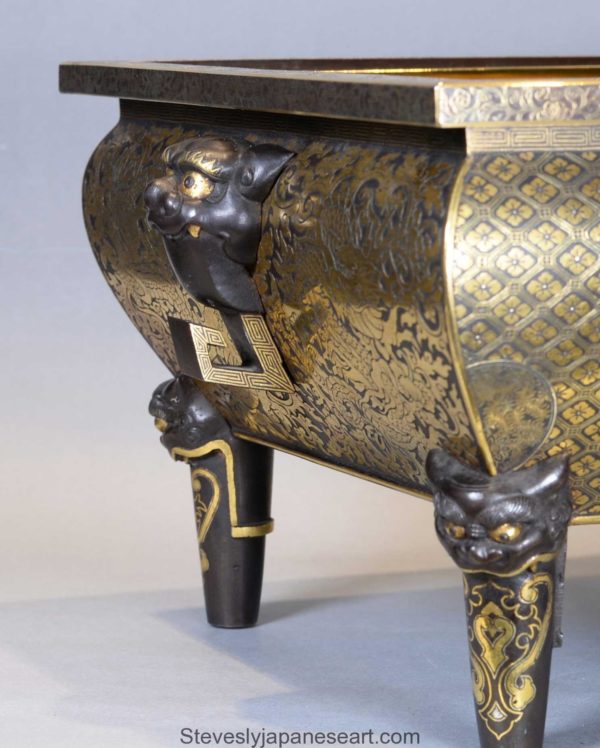 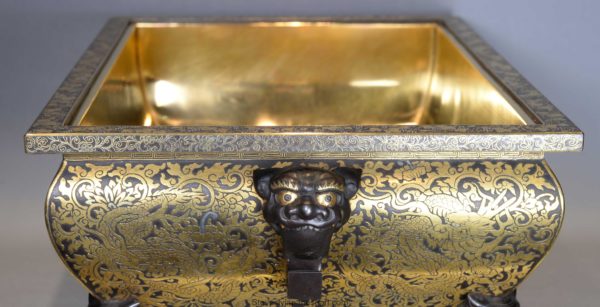 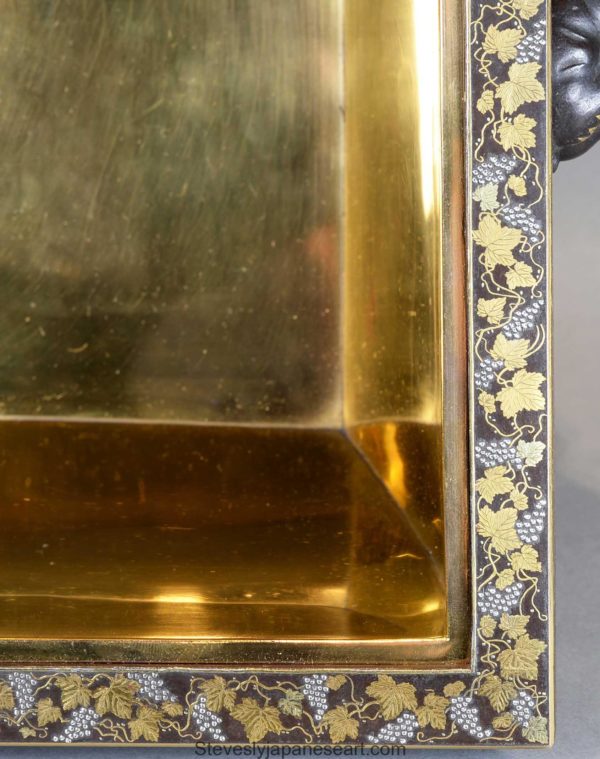 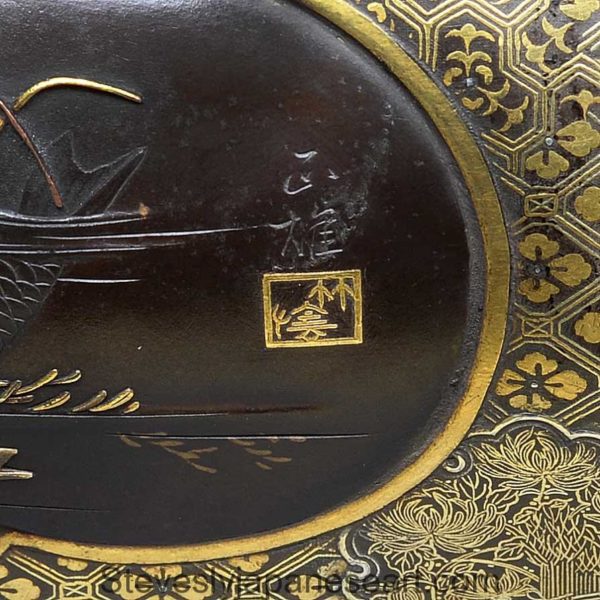 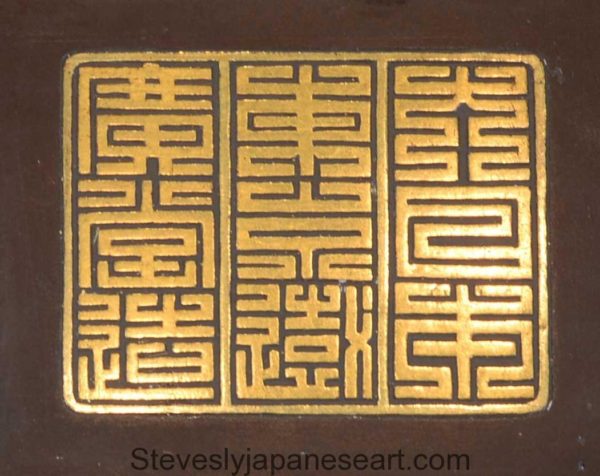 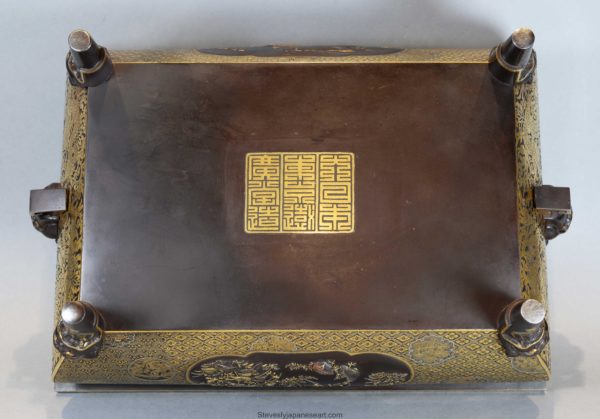 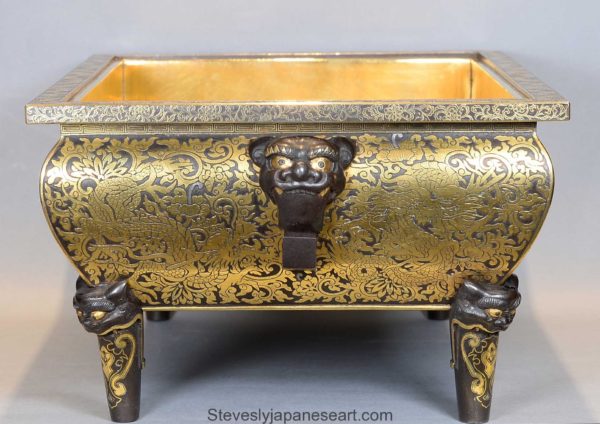 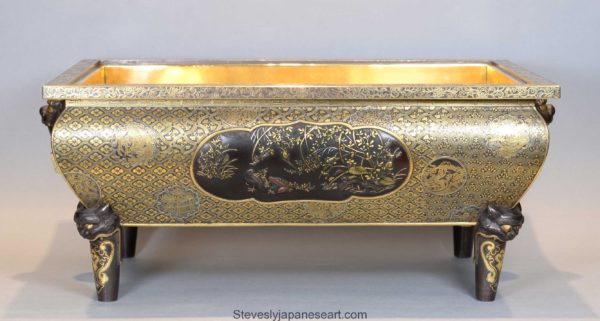 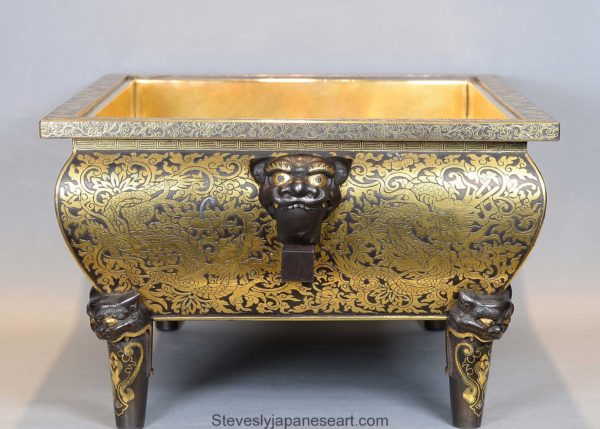 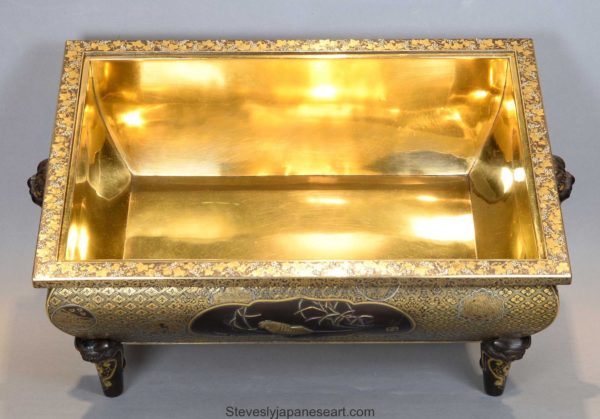 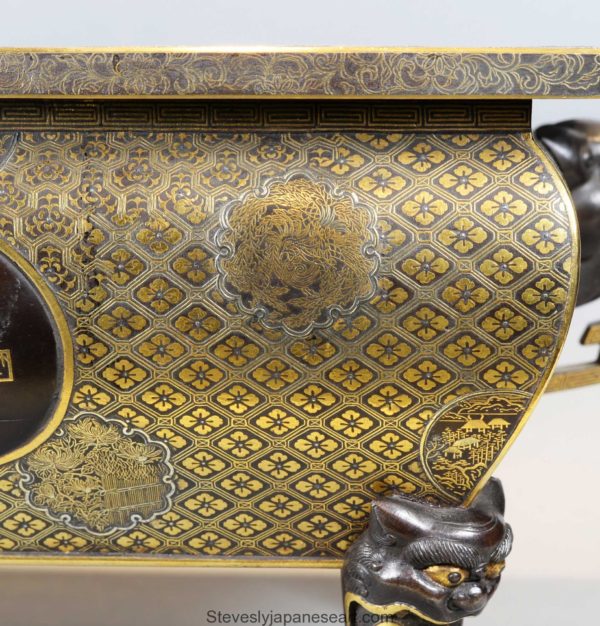 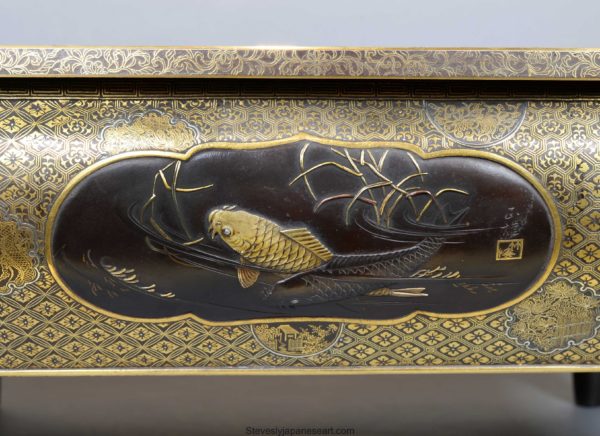 As part of our Japanese works of art collection we are delighted to offer this outstanding piece of Japanese Damascened Komai style Metalwork by the Tekkodo Company of Tokyo, in the form of a traditional Bonsai dish / planter and standing upon four squat inlaid legs styled as mythical beasts, the dish is heavily inlaid in Gold and Silver Damascened work surrounding shaped panels depicting traditional landscape scenes, native flora, Dragons, a Phoenix (Ho- Ho bird ) below a geometric banding,  the front central  shaped panel depicts a pair of swimming carp amidst reeds and swirling water, this panel signed by the highly regarded and listed artist Ishi Masao, the matching panel to the reverse depicts a pair of Quail and insects amongst native flora and grasses, each end is decorated in stunning Damascened work depicting opposing  Dragons amidst stylised flora and inset with a pair of mythical beast inlaid gilt handles , the top rim is decorated with finely executed floral banding to the exterior and more traditional Komai style grape and vine pattern to the top, clearly the Tekkodo factory was heavily influenced by its more famous neighbours at the Komai factory in Kyoto, and may of even used some of their workers ,it is certainly recorded that they commissioned very high quality artists including Unno Bissei , Uno Moritoshi and Kajima Ikkoku II as well as Ishi Masao in this instance , the interior lined and gilded  , the underside signed in a large gilt seal that reads “Dai Nihon Tokyo Tekkodo Zo “, a very scarce piece of Meiji period metalwork from the late 19th century and a highly important factory.

The metal artist Ishii Masao is listed on page 368, in the book Toso Kinko Jiten (author Wakayama Takeshi). He was a student of Kano Natsuo (1828-1898) and later Masao studied under Unno Shomin (1844-1915); both Natsuo and Shomin were appointed as Imperial Household Craftsmen, and professors at the Tokyo University of Fine Arts. According to Wakayama Takeshi’s book Kinko Toso Jiten, there are several known works by Ishii Masao; made in shibuichi and bronze metal, with motifs of peaches, potatoes, hares, pheasants etc. He lived in Shimogaya-ku district, Tokyo. Active during the Meiji and Taisho periods.

The condition is stunning with minimal age related wear .

Free worldwide delivery and a certificate of authenticity is included within the price of this item.