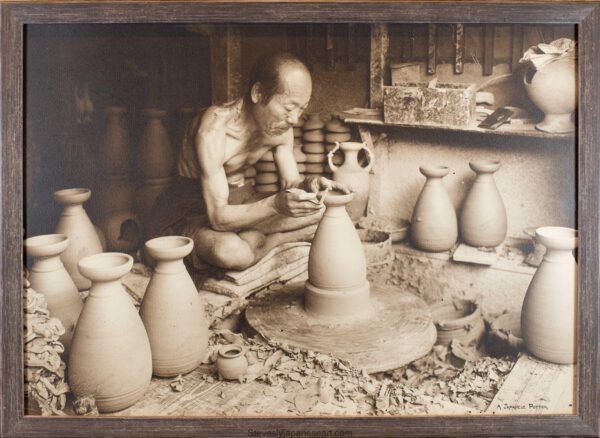 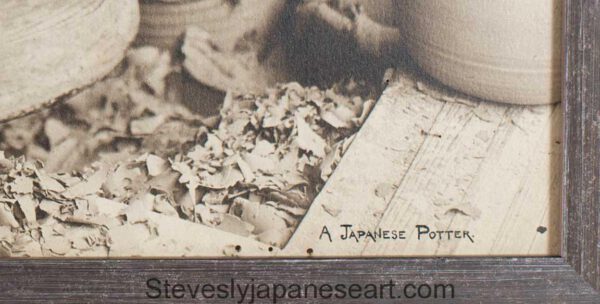 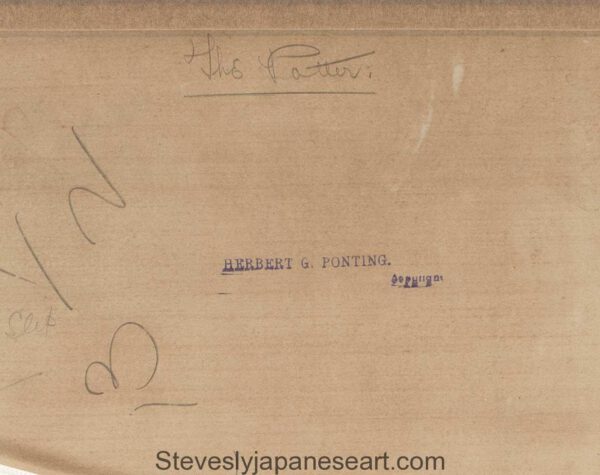 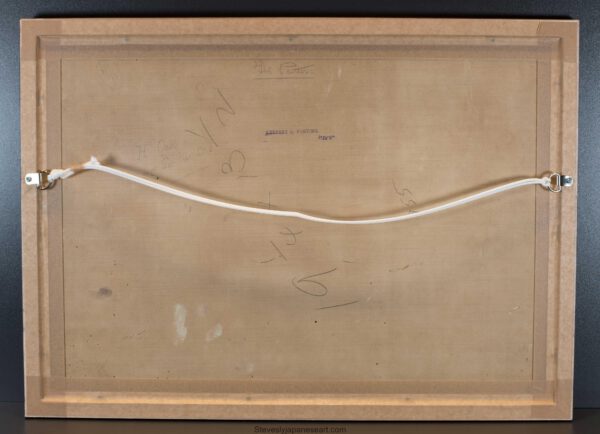 As part of our Japanese works of art collection we are delighted to offer this original Meiji Era Carbon image (circa 1900) by the famous photographer Herbert .G. Ponting, the image captures in fine detail a potter studiously sat cross legged upon cloth sacks whilst potting a group of large vessels,the photographer must have been amazed to see at first hand the working conditions of these skilled craftsman , the guy looks incredibly lean, but as fit as a fiddle , reframed in a contemporary frame and signed by Ponting to the front lower left.

Biography Herbert George Ponting [1870 – 1935]
Born to a wealthy English west country family, in the early 1890s Herbert Ponting emigrated to California where he bought a fruit farm and also became a partner in a gold mining enterprise. Both enterprises soon floundered; he was totally inept as a businessman and he turned to photography, where he found a ready market for his work. In the ten years preceding his appointment as photographer to Captain  Scott’s Polar Expedition (1910) which brought him fame, he travelled the world as a freelance. Ponting’s first major commission was for Underwood & Underwood, the leading publishers of stereo cards, who dispatched him to the orient, where he remained to cover the Russo-Japanese war. He spent a further two years in China, India and South East Asia, before returning to Europe where in 1908 he photographed the Swiss and French Alps. This image offered here fall within this defined period. Ponting’s large-scale carbon prints (up to 40 x 60 inches) are first mentioned in H.J.P. Arnold photographer of the world, A biography of Herbert Ponting in connection with the Dresden international photographic exhibition, 1909, and thereafter they continued to be produced on a smaller scale for other exhibitions and for public sale. The print offered here was Ponting’s own, inherited by the vendor from his grandfather who purchased it in July 1935 at the executors’ sale of Ponting’s cameras and photographs.

Free worldwide delivery included in the price of this item .