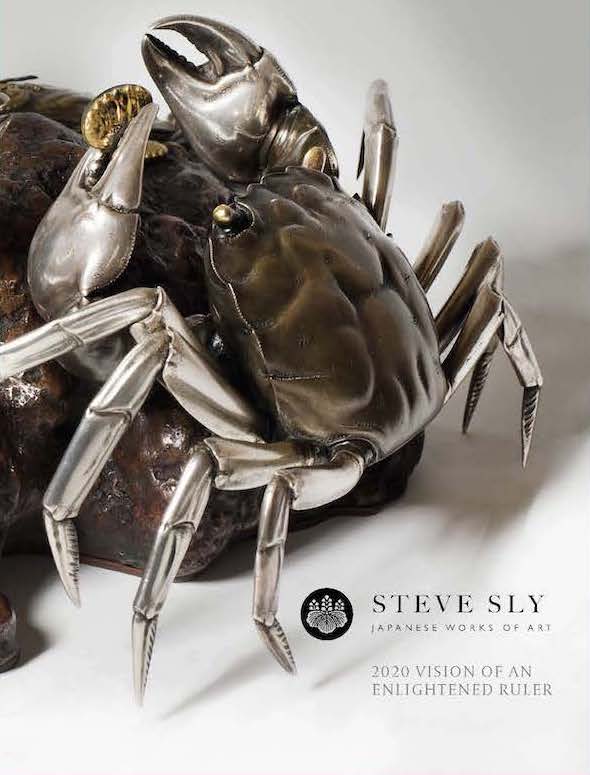 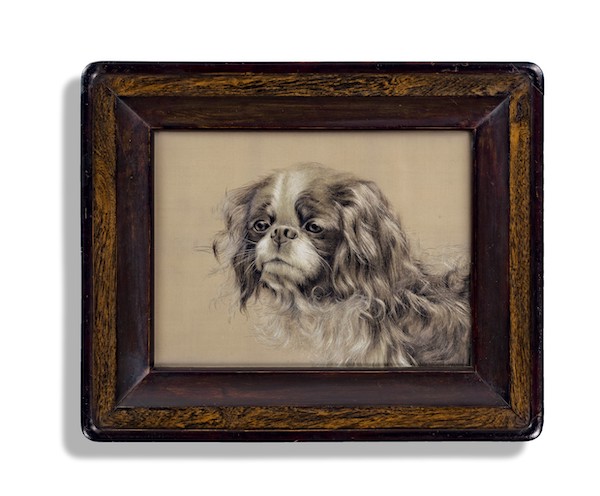 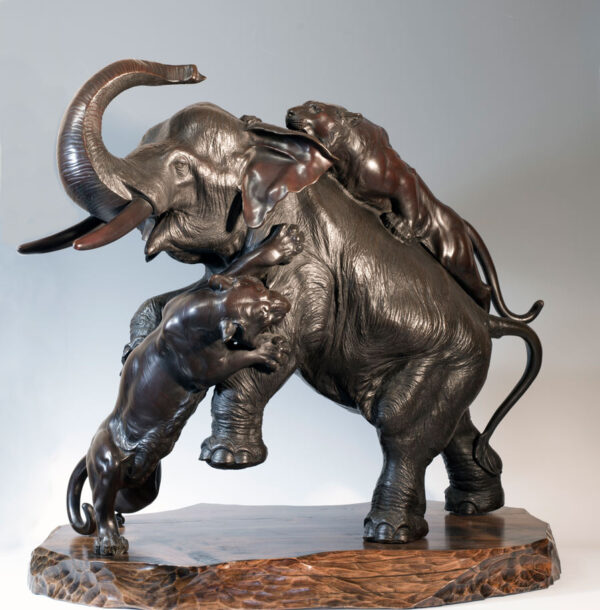 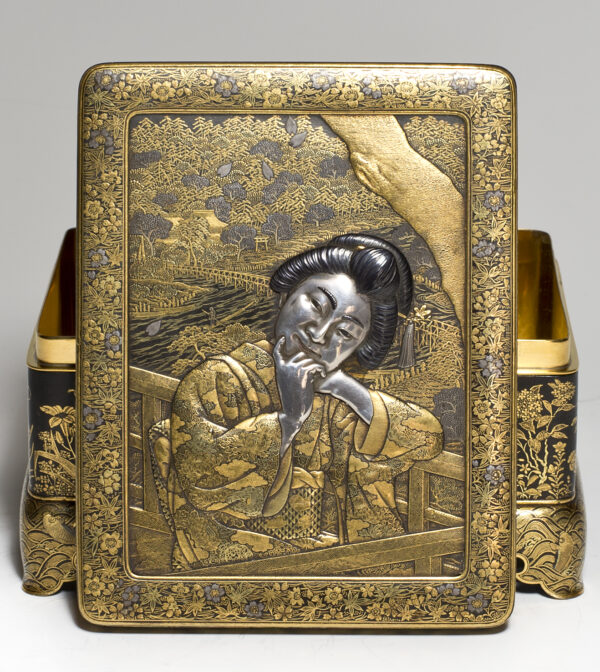 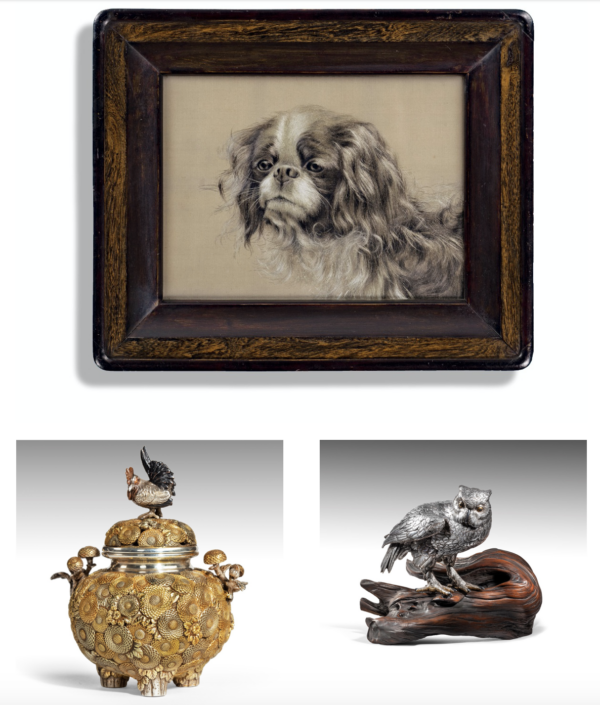 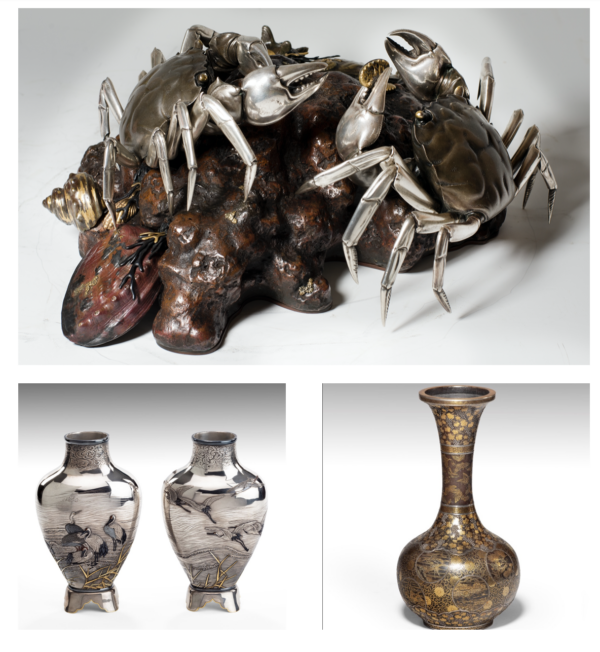 The artists and artisan craftsmen of Japan, a beautiful and mystical chain of rugged islands in the Pacific Ocean, have been responsible for the creation of Works of Art of such breath taking technical quality and with such a refined aesthetic taste that they rank amongst the very finest ever produced by human hand. Quite some statement – but undeniably true.

For many centuries Japan had followed an isolationist policy leaving it largely untouched by and unknown to the Western world. It therefore comes as no surprise that, when their artistic output finally emerged onto the global stage from the mid 19th Century onwards at the various Trade Fairs across Europe and the USA, it stunned and enchanted an avid and eager audience.

You may find a brief introduction to the background of how this all came about to be interesting:

Prior to the Meiji Restoration, which commenced in 1868, Japan was a feudal society with a rigid class system with the military Samurai class being the effective controlling elite. The position of the Emperor was largely that of a divine but remote symbolic head of society. The country was divided into many provinces, which were in turn governed and administered by the local dominant Samurai family headed by a Daimyo (Lord) and backed by a great many loyal armed retainers.

This governing structure meant that wealth and to a large degree patronage of the artistic communities were concentrated around the Imperial households in Kyoto and the numerous provincial capitals. For centuries skilled metalworkers, potters, carvers and lacquer artists produced beautiful and refined works for their Samurai patrons and also for the very many and varied religious temples and shrines. Generally speaking the Samurai possessed highly refined artistic and aesthetic tastes reflected in the beautiful architecture and interiors of their castles and residences and in the artworks that they enjoyed and treasured.

This rigid feudal system survived both periods of peace and of internal upheaval and civil war but it was not until the arrival of the Americans in their heavily armed steamships commanded by Commodore Matthew Perry in 1853 and 1854 that the Japanese were finally forced to face a “modern” Western world bringing with it far superior weaponry and industrial capability. The motives of America were quite simple – to force Japan to sign trade deals and to generally open their ports to American ships and trading delegations.

This situation and how to respond to it created great confusion and disagreement within the Samurai ranks but ultimately lead to the transfer of power from the Samurai Shogunate government back to the Emperor. This restoration of power to the Emperor is known as the Meiji Restoration and heralded the start of the Meiji period. He took the name “Meiji” as his reign name which translates as “enlightened rule” and his restoration to power officially commenced on 3rd January 1868. Consequently the Samurai class ceased to exist and were replaced by a new Imperial Army, trained and equipped by Western military advisors.

The newly empowered youthful and visionary Emperor could clearly see that Japan needed to take its place on the global stage and to accomplish that he went on to form a Government more akin to those found in the West and eventually signed various trade agreements, not just with the Americans but with many European powers as well.

Thankfully he was also a great patron of the Arts and his new Governments’ efforts were immediately directed towards encouraging craftsmen from all disciplines to utilise their skills and knowledge in the production of high quality, new and more “fashionable” works of art. The sheer quality of Japanese Art in all its existing forms appealed greatly to many of the early foreign diplomats, travellers and military advisors who were in Japan during the early years of the Meiji Restoration. It was a natural inevitability that demand would rapidly increase for these fabulous things never before seen by the Western World. It therefore followed that the artists who created them would now start to make new and innovative works that were even more desirable to their new customers.

Also, as already mentioned, Japan began exhibiting at the various world Trade and Art Expositions, Fairs and Exhibitions. This resulted in a truly remarkable explosion of demand from Europe and the United States who were enthralled and entranced by these superb and previously unseen exhibits. Artists now moved from the brink of poverty (caused by the loss of their Samurai patrons) to a position of having to satisfy an insatiable demand for their wonderful creations. This demand was to continue certainly for the rest of their lives and often for one or two generations of their skilled pupils. Major artists became extremely wealthy individuals and enjoyed an enviable position within this new Japan.

Many workshops and studios were established across all artistic disciplines in order to satisfy this massive demand. Some comprised highly skilled masters with just a few pupils through to far larger operations. However it is worth noting that a large workforce did not necessarily mean a lower quality although it is fair to say that demand had to be met across a whole spectrum of price ranges.

I hope this briefest of backgrounds conveys some of the astonishing achievements of these artists during a period of radical change and modernisation now that Japan was no longer just a mystical and fascinating country somewhere in the “Orient”.

I have been dealing in and collecting Japanese Meiji Period Works of Art for the last 40 years and I promise you that handling even a modest work can bring immense pleasure, a masterpiece will leave you speechless!

Thank you for visiting this exhibition whether in person, online or through this publication.