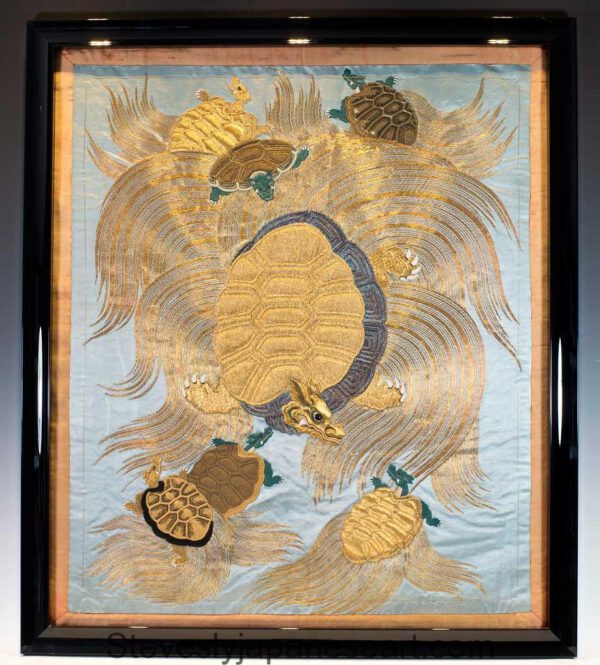 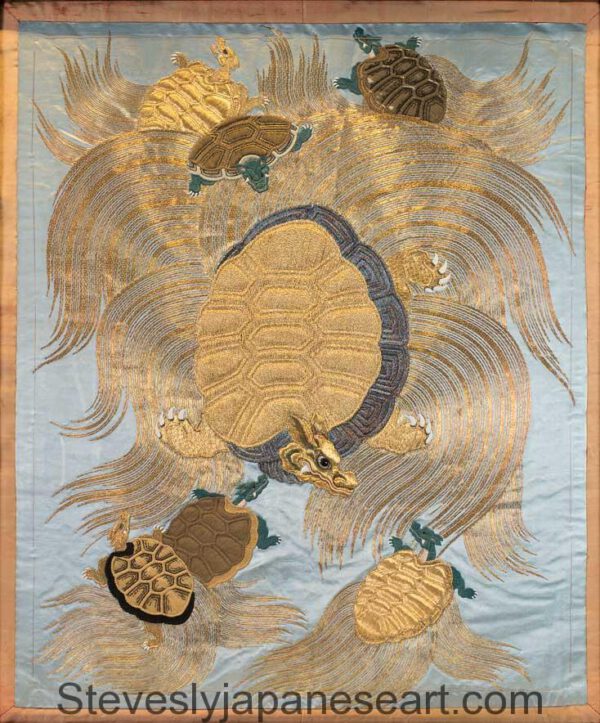 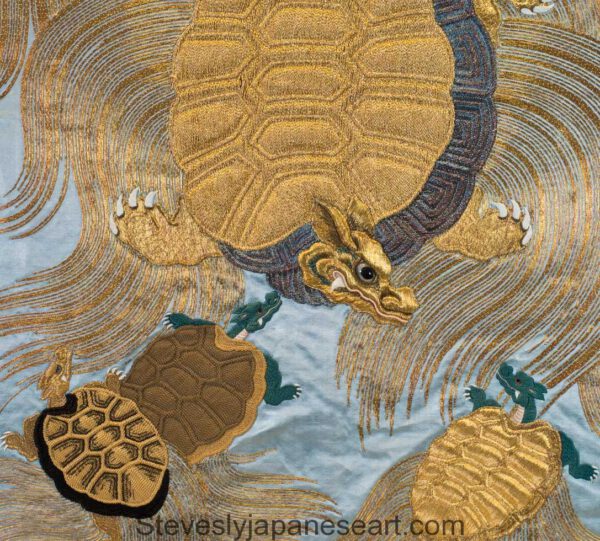 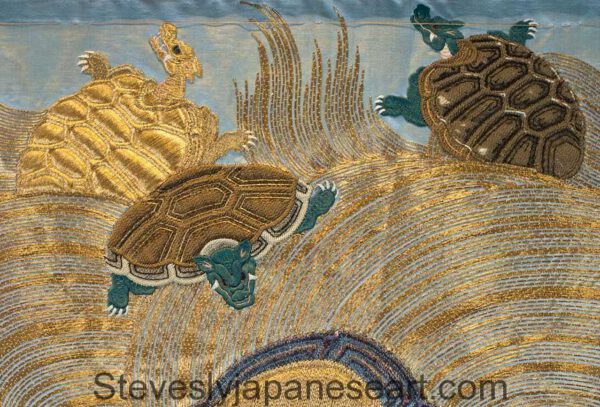 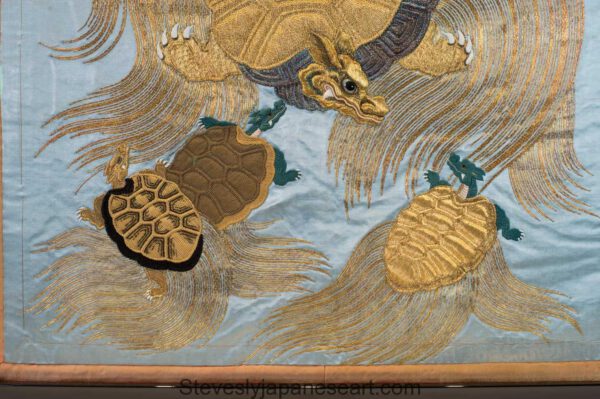 As part of our Japanese works of art collection we are delighted to offer this magnificent quality Edo period 1615-1868 , circa 1850 , Silk Fukusa , the panel depicts an adult Minogame (Japanese Turtle) swimming amongst her young , the work is carried out in Gold thread and to simply breath-taking detail , the artist has literally used dozens of yards of fine solid Gold thread, woven upon a blue Silk ground and backed by a bright orange (now faded) border, the adult Turtle is painstakingly worked in thick raised Gold thread whilst the younger Minogame are mostly worked in multi colours with flowing Gold tails, the mythical creatures tails representing years of Seaweed and Algae growth ,  each of the Minogame are further decorated with inset glass Eyes and striking white Claws , a most opulent work from the late Edo early Meiji period , certainly presented to a very high ranking or wealthy individual and possibly on the occasion of reaching a certain age milestone , given the subject matter for Longevity , we have taken the decision to frame this Japanese work of art in a Contemporary black frame to help preserve it for the next 170 years , a wonderful statement piece for your wall.

Traditionally in Japan gifts were placed in a box on a wooden or Lacquer tray, over which a Fukusa was draped, the choice of a Fukusa appropriate to the occasion was an important part of the gift-giving ritual , the practice of covering a gift became widespread during the Edo or Tokugawa period (1615–1867).

The scenes or the motifs depicted on Fukusa are chosen to indicate either the occasion for which the gift is being given, or because they are appropriate for one of the festivals when gifts are exchanged , the richness of the decoration of the Fukusa attests to the giver’s wealth and aesthetics.

After being admired, a Fukusa, along with its box and tray, were typically returned to the donor, however, when gifts were presented to a high official, the Fukusa was not always returned, this was one of the subtle devices used to control the wealth of the lords and Samurai classes

Minogame (蓑亀) is basically a turtle in the Japanese culture , and a strong sign of longevity,  some Minogame are said to live up to 10,000 years, Minogame are usually thought of as aged and slow , as such its tail is often depicted as formed out of seaweed and algae.

Free worldwide delivery and a certificate of authenticity are included within the price of this item .