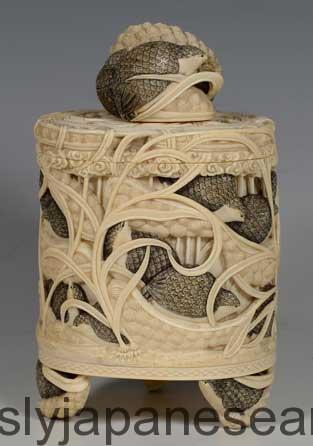 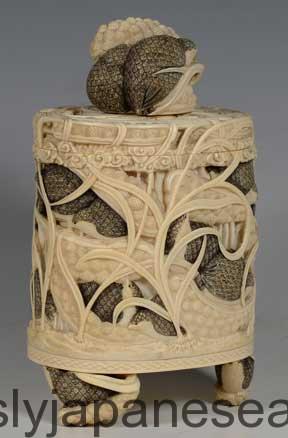 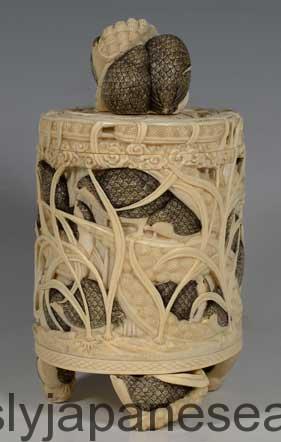 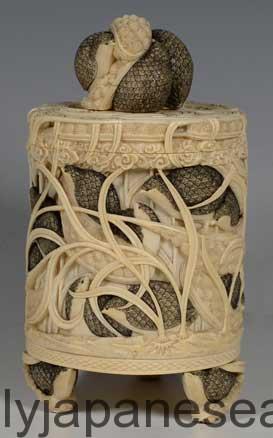 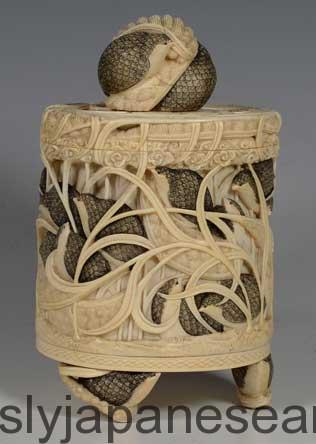 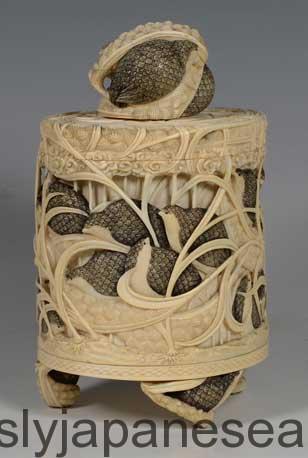 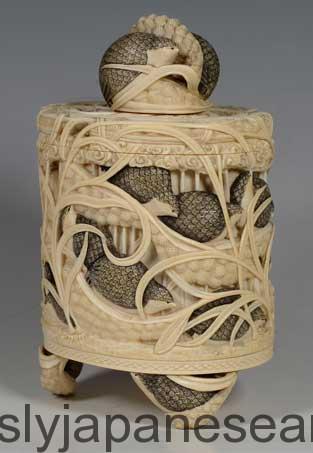 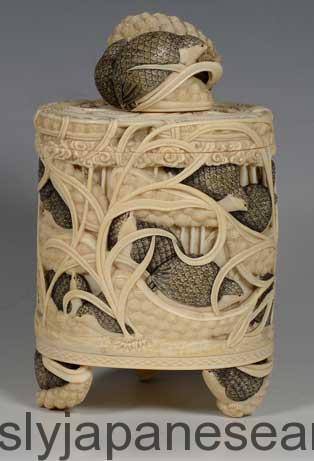 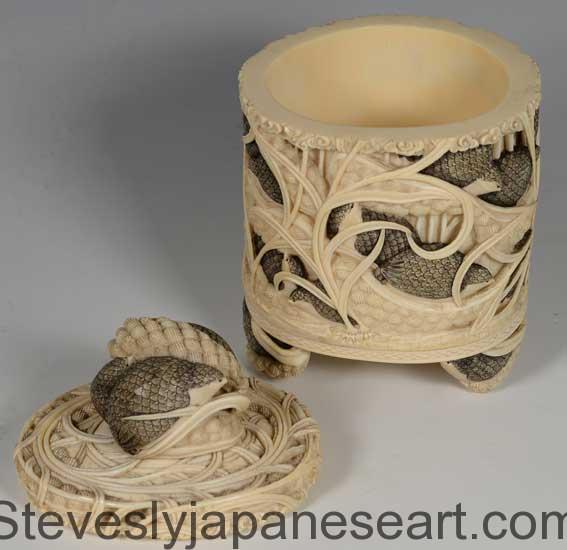 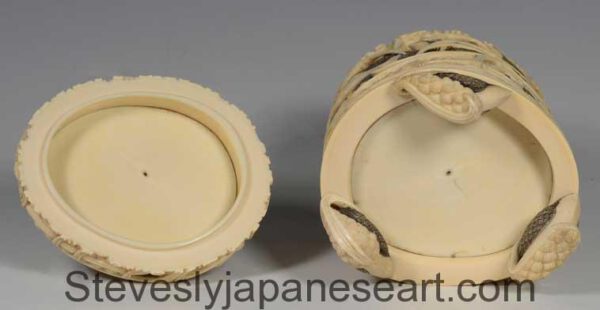 As part of our Japanese works of art collection we are delighted to offer this charming lidded Ivory trinket box from the latter part of the Meiji period (1868-1912) circa 1900 , the oval box finely carved from a section of tusk and in the form of an intricate group of Quail hidden behind flowing reeds , the birds rendered in great detail and stained for effect, captured feeding on their staple diet of Millet, the artist has replicated the subject to great effect to render the feet of the box as Birds upon Millet , as well as the Knop finial being a group of three Quail huddled together , a fascinating and very competent piece of Meiji period artistry .

Literature: The Japanese Quail, Coturnix japonica, is a species of old world Quail found in East Asia,  first considered a subspecies of the common Quail, it was distinguished as its own species in 1983. The Japanese Quail has played an active role in the lives of humanity since the 12th century.

Free worldwide delivery and a certificate of authenticity are included in the price of this item, buyers outside of the EU are fully responsible for the costs of any export licenses that may be required.